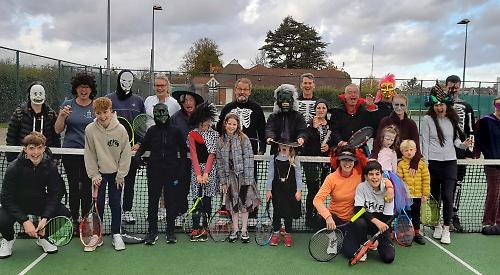 A GROUP of keen players braved the wind and rain to take part in a fancy dress American tournament at Wargrave Tennis Club on Halloween.

Sixteen adults took part in the main mixed format competition, with eight players in two separate box leagues. The winners of one league were Rebecca Salisbury-Beard and Alex Pecorari while the other league was won by Linda Nelson and Ralph Miller.

The next American tournament will take place at the club in Recreation Road on Monday, December 27, starting at 12.30pm.

Non-members are welcome to attend or to try out the club at one of its regular night sessions on Tuesdays and Thursdays.