Trustees back plan to build new school on playing fields 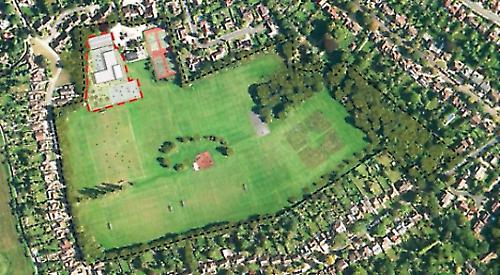 THE trustees of a park in Caversham have backed plans to use part of it to site a new primary school.

A plan will now be drawn up for the relocation of the Heights Primary School to Mapledurham playing fields after it received overwhelming support in a public consultation.

Reading Borough Council carried out the 10-week public consultation on the choice of the fields, off Woodcote Road, for the new free school, which is currently based in temporary accommodation in Gosbrook Road.

More than 80 per cent of those who responded supported the school’s plans, with 84 per cent supporting the council, as trustees of the playing fields, in imposing a legal restriction on the remainder of the land to prevent any more development.

The Education and Skills Funding Agency has said that it requires a 125-year lease on 1.2 acres of the 25-acre site and in return will pay £1.36 million to improve the leisure facilities there.

Of the 3,045 responses from residents of the parish of Mapledurham and the borough of Reading, 82 per cent agreed that investing the agency’s money would improve the site’s amenity value, even with the loss of open space to the school. A second proposal, called Fit4All, was put forward by the Mapledurham Playing Fields Foundation, which doesn’t want the school built there.

At a meeting of the council’s Mapledurham playing fields trustees sub-committee on Tuesday, members noted the results of the consultation and agreed to compile draw up the plan.

Dozens of people attended the meeting at the council’s offices in Reading, including Heights headteacher Karen Edwards, and several spoke in favour.

But Daniel Mander, chairman of Caversham Trents FC, criticised the proposal, saying it would result in the loss of leisure space.

He said the club had more than 500 members but the agency’s proposals would result in a loss of pitches. He said: “We need to increase capacity, not remove it. We expect to grow to more than 750 members, driven by the demand for girls’ football. We’ve been based at Mapledurham for seven seasons and we do have players at the Heights School.”

The MPF Action Group says the consultation should be disregarded, claiming the council did not run it fairly and it was biased in favour of the school’s proposal.

Opponents have previously argued that the playing fields, which were left to the borough in trust by Charles Hewett to be used for recreation, leisure and sport, are not a suitable site for the school.

But supporters say the response to the consultation was clearly in favour of the school’s relocation.

Kerry Parr, who has children at the Heights, said: “A clear and decisive choice has been expressed. It’s time to accept that the vast majority of people want to see the school on the playing fields.

“A small number will always oppose the school being sited on the playing fields and they are entitled to their view but we ask that everyone accepts a broad consensus has been reached.”

Councillor Graeme Hoskins says the trustees must look at what is best for the fields as a whole.

He said: “I hope you appreciate that we have to balance the views of a wide range of users. I hope that as we progress to the next stage Fit4All will reconsider their position.