Tom Conti joins the cast of Brief Encounter on Air 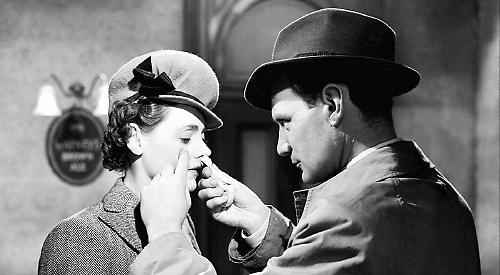 SHIRLEY Valentine star Tom Conti has ridden to the rescue at the Theatre Royal, Windsor — having joined the cast of Noël Coward’s Brief Encounter on Air at the last minute.

A spokesman for the theatre said: “With a last minute drop-out from its programming, most theatres would go dark. Not so at Theatre Royal, Windsor.

“Tom Conti is one of the most respected and celebrated actors of his generation. Unforgettable as the leading man in hit films such as Merry Christmas Mr Lawrence and Shirley Valentine, he has also appeared as a myriad of different characters on both the big and small screens as well as on stage.

“Recent movies include The Dark Knight Rises and Street Dance. Awards include an Olivier Award and a Tony Award for his stage performance in Whose Life is it Anyway? and a best actor Oscar nomination for his role in Reuben, Reuben. He and Dame Judi Dench were jointly voted the most popular actors in the West End in the last 25 years.”

Directed by David Lean and starring Celia Johnson and Trevor Howard, Brief Encounter was voted the second greatest British film of all time in a 1999 BFI poll.

“Trapped in a loving but unsatisfying marriage, Laura Jesson is unable to stop herself from falling for a stranger she encounters at the train station.

“The man, Alec Harvey, is also married and the pair are troubled to find their innocent friendship developing into something more serious.

“As passion takes over, Laura must make an impossible decision and a heart-wrenching goodbye.

“Presented in the style of Forties radio and steeped in romantic glamour, Tom Conti, Jenny Seagrove and Roy Marsden lead an all-star cast who perform this radio adaptation of the award-winning 1945 film, live on stage.

“A story of temptation, passion and forbidden love, Brief Encounter on Air is your opportunity to experience a mesmerising performance of this iconic classic.”

Evening performances are at 8pm with matinees at 2.30pm on Thursday and 4.45pm on Saturday.

For more information and to book, visit www.theatreroyalwindsor.co.uk