Mill at Sonning’s ‘Angels’ get their reward in earthly realm 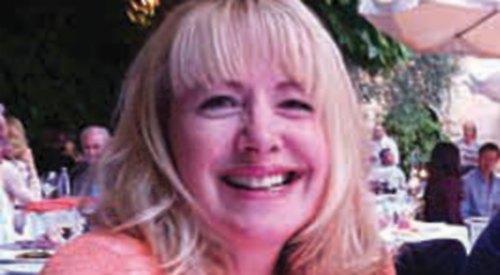 A FEW years ago, I launched a Mill Angels scheme that has attracted a small band of wonderful fans of The Mill at Sonning, writes Sally Hughes.

For their donation they receive a plaque on one of the theatre seats with the words of their choice, a lifetime membership of our Friends of The Mill club, which includes a 10 per cent discount on anything they purchase at The Mill.

They also become part of The Mill family and often meet up with me for a cup of coffee and a chat in our Waterwheel bar.

On opening or closing nights if they are in the audience they are invited to come and join the cast after the show with a glass of champagne.

Some of these heavenly Angels have gone one step further and donated money to various projects in the theatre.

From costumes and sets to our new house lights, our restaurant bar — even the rain machine in our Christmas production of Singin’ in the Rain.

I have been thinking for a while that it would be lovely to have an evening to thank them all. And so on Monday, July 8, I held a play reading with a sit down dinner in The Mill restaurant.

It just so happens that my friend and chairman of The Friends club, Simon Williams, has written a new play. It’s called The Butler Did It — obviously a comedy.

When a new play is penned it is usually given many private readings to see how it sounds.

I thought it would be a good idea to combine an evening of a relaxed reading of the play with some of our regular actors and a delicious dinner cooked by our head chef and served at the table … no buffet!

There were 30 of us in all. Mill Angels were greeted with canapés and champagne and we started the rehearsed reading at 6.45pm.

The first thing that Simon Williams did was to audition our Angels for a small part in the play — that of the rather bad-tempered cook whose voice you hear on the intercom downstairs.

The part was won — hands down — by local director and actress Ann Roberts. She was hilarious — in fact there was much laughter and fun to be had all round. After act one was read we all went — actors included — and had our main course which was a choice of Grilled Norwegian Sea Trout, Ratte Potatoes, Marinated Spinach, Lemon Sabayon or Venison Fillet, Beetroot Dauphinoise, Grilled Broccoli, Peppercorn Sauce or Cauliflower Cheese Risotto, Pickled Walnut and Lovage Pesto. Delicious!

Act two was then read, followed by dessert, coffee and lively discussions about the play.

All agreed that it was the most enjoyable evening and a wonderful insight for our Mill Angels into how a new play evolves.

Simon Williams finished the evening by presenting Ann Roberts with a signed copy of the The Butler Did It playscript.

It was such a successful evening that I shall plan some more for the future and so, if you want to be a part of them, why don’t you become a Mill Angel?