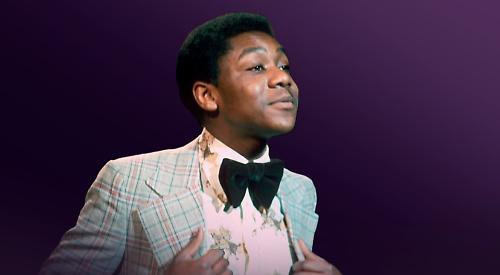 FOLLOWING the publication of his memoir Who Am I, Again? earlier this month, comedian Lenny Henry has embarked on a 34-date UK tour that will see him play the New Theatre Oxford on Monday, November 11.

Born in August 1958, soon after his Jamaican parents had arrived in the Midlands, Lenny was raised as one of seven siblings in a boisterous working household, and sent out into the world with his mum’s mantra of “H’integration!” echoing in his ears.

But Seventies Britain was a hard place — and a bewildering experience for a lone black teenager. A natural ability to make people laugh came in handy. At school it helped subdue the daily racist bullying.

In the park, it led to lifelong friendships and occasional snogs. Soon, it would put him on stage at working men’s clubs and Black Country discotheques — before an invitation to a TV audition changed his life for ever.

In part one of the show, Lenny will take the audience through a jam session of stories both funny and sad that were triggered when writing his memoir.

These cover growing up in the Black Country, puberty, school, friendship, family secrets and unashamed racism.

Lenny will recount setting out on his rollercoaster ride of a career, but at every stage wondering ‘Am I good enough? Is this what they want?’

In part two, Lenny will be interviewed by his friend, the broadcaster and author Jon Canter, for further insights into his life and career, followed by questions from the audience.

Currently the chancellor of Birmingham City University, Henry has a PhD in media arts and in 2015 was awarded a knighthood for services to charity and drama.

Lenny said: “I’m looking forward to travelling around and telling these stories. Writing the book was a huge feat and I’m very proud of it — I can’t wait to share more stories and fun about growing up in the Midlands, my early days in the clubs, pubs and discotheques and of course working on Tiswas, Three of a Kind and The Lenny Henry Show. The show promises to be an evening of memories, laughter and fun — I can’t wait to get started.”

• Tickets for Lenny Henry at the New Theatre Oxford are available from £33.65 plus booking fee. To book, visit www.atgtickets.com