Theatre back in the black 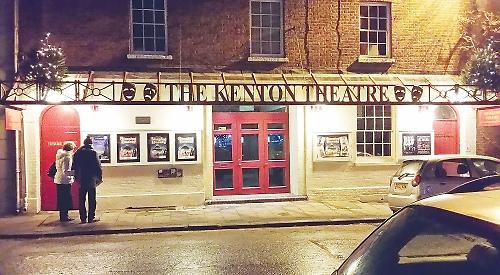 THE Kenton Theatre in Henley made a small profit during its last financial year, according to accounts lodged with the Charity Commission.

The theatre also received £16,831 from its restoration levy, a charge on tickets that goes towards improving the Grade II-listed building.

But there was also a £14,452 increase in management and administration costs to £85,752, reflecting the decision to make the general manager a full-time role. The costs for the general and programme managers increased from £24,369 to £31,556.

The previous year’s loss was due to a fall in income and the expenditure on staff doubling.

At the start of that period long-serving managing director Wendy Bowsher stepped down and was replaced by general manager Zsuszi Lindsay, who announced her departure after just four months.

The role was then taken over on a shared basis by Tom Ryan and Paula Price-Davies. The former stood down in July 2018 to focus on his role as programming director of the Henley Literary Festival. Ms Price-Davies left last summer.

The loss came despite setting a new sales record for the 2016 Christmas pantomime Sleeping Beauty, which sold more than 4,400 tickets.