Political satirist is up to the minute 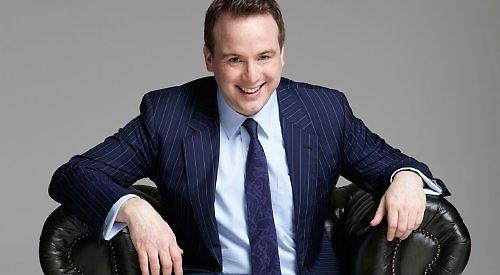 ONE of the top comedy headliners at this summer’s Henley Festival is bringing his touring show to Norden Farm in Maidenhead next Saturday (March 14), writes Peter Anderson.

With a week being a long time in politics, especially these days, satirist Matt Forde’s act is one that is constantly being updated.

An impressionist, comedy writer, radio and television presenter, he is currently touring the UK with his ultra-topical live show “Brexit, Pursued by a Bear”.

Born in Nottinghamshire, the 37-year-old joined the Labour Party aged 15 but as a committed Blairite he resigned his membership when Jeremy Corbyn became leader in September 2015.

Forde’s comedy career dates from his first open mic slot at a comedy club when he was just 16 — though he gave up for a time while working as a political adviser.

With a glittering CV, his latest show sees him promising to take no prisoners. “It’s a chance to combine two of my obsessions and what you will get is satirical comedy,” he says. “Comedy where the mickey is taken out of all politicians and nobody is safe.”

Looking ahead to the opening night of this summer’s Henley Festival, Forde headlines the Salon Comedy Club at 7.30pm on Wednesday, July 8.