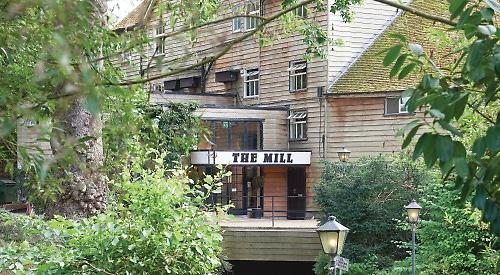 THE Mill at Sonning has announced two new plays for spring 2023.

First up is Jill Hyem’s romantic comedy, We’ll Always Have Paris, which will run from January 19 to March 11.

Here, she tells the story of three women with a lot of life experience, who are after some fun and freedom and find themselves in an apartment in the French capital.

Retired headmistress Nancy wants to let her hair down, Anna is in need of a tonic after spending years nursing a sick husband and then being widowed and divorcee Raquel would like eternal youth and a suitable toy boy.

Local handyman Charlot and scary landlady Madame Boussiron add a spark to the mix and keep the ladies on their toes. This will be followed by Noël Coward’s Hay Fever, directed by Tam Williams, from March 16 to May 13. Williams successfully directed Coward’s play Still Life earlier this year.

Hay Fever is a comedy of manners, where the eccentric Bliss family invite some guests to stay but do not rein in their outlandish behaviour. Retired West End actress Judith Bliss, her novel-writing husband David and their two grown-up children, Simon and Sorel, each ask someone over for the weekend: a diplomat, a society girl, a sporty man and a flapper. However, the Blisses turn out to be rather self-absorbed.

Tickets are available now and there is a special offer of four for the price of three on weekday evenings. Call the box office on 0118 969 8000 or visit millatsonning.com