My disabled daughter could have been killed by train 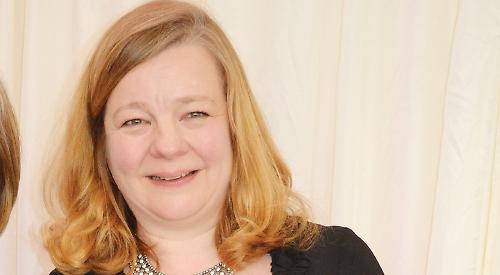 A WOMAN says her disabled daughter is lucky to be alive after her wheelchair was hit by a train.

Jane Holmes, from Ruscombe, was with 15-year-old Kitty, who has cerebral palsy, at Twyford station in April last year when a slipstream created by the passing train caused her wheelchair to roll towards the tracks.

According to a report into the incident released last week, the force of the slipstream overpowered the brakes on the wheelchair, which then made “multiple glancing contacts” with the passing freight train.

The final impact pushed the chair clear of the platform edge, although Kitty suffered a minor injury to her foot.

Mrs Holmes, who co-founded the Henley Regatta for the Disabled seven years ago, and Kitty were travelling to London to see the musical Billy Elliot when the incident happened.

She said: “It’s a miracle that she wasn’t killed or seriously hurt. If she had got caught on the train or fallen through the gaps between carriages she would have been killed.”

“I had a big bag full of all our stuff for London, which was on the handle of her wheelchair and caught the brunt of the impact. Everything inside was shattered. If the bag had been on the other handlebar Kitty would have been killed, which doesn’t bear thinking about.”

Mrs Holmes said Kitty’s wheelchair was parallel with the track and behind the yellow warning line with the brakes on when the freight train passed.

She said: “I turned to look up the track for our train for a matter of seconds and when I turned back she was gone.

“My initial reaction was that someone had snatched her but then I saw her further down the platform with people around her.

“She was hysterical but I checked her over for broken bones and calmed her down. The brakes were still on when I checked. Her weight together with the wheelchair is about 100kg but it still moved.”

The report by the Rail Accident Investigation Branch recommended that the Rail Delivery Group, which represents train operators including Great Western Railway, should inform members of the public of the hazards of slipstreams and encourage them to both apply brakes and keep hold of wheelchairs and pushchairs when trains are passing through stations.

It has also recommended that GWR ensures that warnings of passing trains are “timely and effective” and that the Rail Safety and Standards Board investigates ideas to improve wheelchair and pushchair safety at stations.

Simon French, chief inspector of rail accidents, said: “This distressing accident has highlighted the fact that even slow moving trains can cause significant airflows on station platforms.

“Passengers should be aware that such airflows can move wheeled transport and take particular care when travelling.

“We have recommended that the rail industry takes steps to promote a greater public awareness of the potential hazards from train slipstreams. We also made a number of recommendations relating to the way the industry manages aerodynamic risk in stations.”

Mrs Holmes said she had been unable to take the train alone with Kitty since the incident and worried that other people might not be so lucky.

She said: “It’s never going to happen to us again but it could happen to someone else as you see buggies all the time. You put the brakes on and assume they’re safe.”

In March Mrs Holmes was named joint winner of the achievement in the community award at the Sue Ryder Women of Achievement awards for her charity work.

She set up her first charity, Peapods, in 2002 to support children with physical disabilities and in 2010 helped launch the regatta to give disabled people access to the Thames.

In 2014, following seven years of fund-raising, she opened Our House, a purpose-designed centre for families with disabled children in Wokingham. The charity now has more than 400 families on its books.