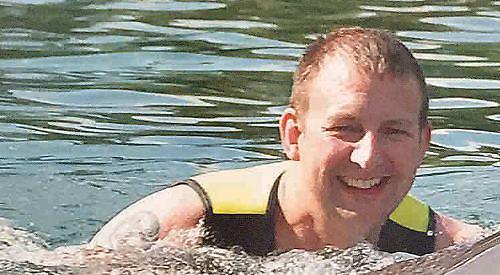 TRIBUTES have been paid to a police officer who died along with a 91-year-old woman in a road accident near Wargrave.

The collision, which happened on the A4 Bath Road at about 1.50pm on Tuesday, involved a car and a motorcycle being ridden by
Pc James Dixon.

The Independent Police Complaints Commission has begun an investigation.

The 39-year-old officer, who was on duty, was based at Loddon Valley police station in Earley.

The woman was a passenger in the car driven by another woman who was injured and taken to hospital.

The road was closed and traffic was diverted towards Waltham St Lawrence as emergency services remained at the scene, causing severe delays to drivers. The road was not re-opened until lunchtime the next day.

Pc Dixon, from Thatcham, recently married his wife Samantha who is due to give birth next year. He was known for his appearances on the TV show Road Wars.

The Sky programme followed “Dixie” and 13 other Thames Valley Police roads policing officers between 2003 and 2010.

Thames Valley chief constable Francis Habgood said: “My officers, staff and I were devastated to hear the very sad news about our colleague Pc James Dixon and the 91-year-old woman who died as a result of a road collision.

“James was a hugely respected officer, serving with the force for 18 years in a variety of roles, including in local policing, roads policing and force intelligence and specialist operations.

“In policing we often talk about the strength and importance of the police family and that is never more so as we share in the pain of loss and offer support to one another at this time of need.

“We have received countless messages of support from other forces and our emergency service partners, demonstrating that our policing and emergency services’ family extends far beyond our own borders.

“I also extend our thanks to our communities and other agencies for the many messages of condolences we have received.

“Our thoughts remain with Pc Dixon’s family and friends, as well as those of the 91-year-old woman, at this very difficult time.”

The force’s flags will be flown at half-mast over the next week as a mark of respect.