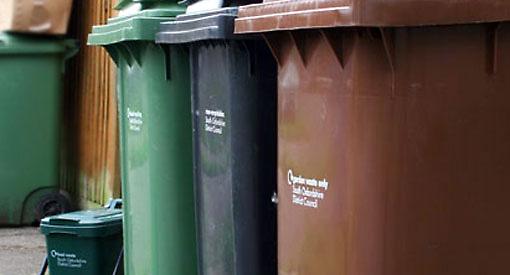 RESIDENTS of South Oxfordshire are being urged not to put the wrong items in their recycling bins.

The district council, which is responsible for household collections, says about eight per cent of items that are put into the green wheelie bins cannot be recycled.

The figure was revealed by the council’s senior waste officer Alexandra Pyle during a public meeting at Henley town hall on Thursday last week, which about 30 people attended.

She said: “Our main problem is contamination of recycling bins, which will always be an issue to some degree as there’ll always be some confusion about what is and isn’t suitable.

“We don’t expect items to be sparkling clean but nor do we expect something like a half-full drinks bottle or a pizza box with some food still in it. That isn’t what the bins are for and there’s no excuse for putting something like that in them.

“A contaminated bin smells absolutely vile and can include food, nappies and sanitary products. On collection day, it seems some people just empty their bathroom bins into the recycling.

“Recycling is still sorted manually and it isn’t fair on the team who do it. I’ve spoken to people who say ‘well, that’s their job’ but it isn’t — it’s their job to sort out legitimate recycling. It’s very unpleasant and it’s everyone’s responsibility to dispose of their recycling properly.”

She said that items such as like old video cassettes could clog up the machinery at the recycling plant in north London, sometimes causing shutdowns for several hours.

This was why the council banned black or coloured bags in November 2016 and now residents may only discard loose recycling or put it in clear bags so binmen can see the contents.

Ms Pyle said: “Changing behaviour can be difficult and we appreciate that carrier bags or bin liners are convenient but ultimately we do need to see what’s inside. We did some monitoring in Henley recently and were pleased to see the recycling was very clean, so it shows change is possible.”

She said people should rinse food packaging before putting it in the recycling but it didn’t need to be spotless.