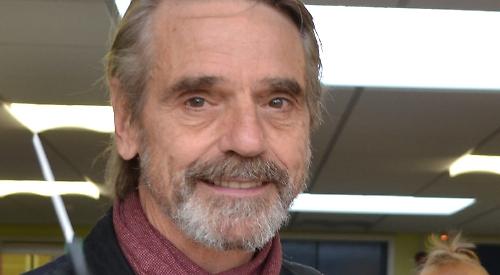 WATLINGTON Parish Council has obtained the tenancy for an empty building which it intends to use to host a refugee family.

The council agreed in October 2018 to become the sole trustee of the Charlotte Coxe Trust, which is responsible for No 33 High Street and the library next door.

No 33 has not been occupied since Age Concern moved out in 2009 and needs significant work to make it habitable again.

Since 2017, the parish council has been trying to negotiate the transfer of the ownership of No 33, which it wants to use to fulfil Mrs Coxe’s wishes.

In January, actor Jeremy Irons, who lives in the town, called for the building to be used to house a refugee family and said he would be prepared to help raise enough money to pay to make the property habitable for a family of four and to underwrite some of the cost himself.

Now the county council has agreed to grant a one-year tenancy of the property at a peppercorn rent to the parish council, provided that it takes on full responsibility for repairs during the term of the tenancy.

It comes after a county council committee was set up to oversee the transfer of ownership of the building.

Freddie Van Mierlo, who represents Watlington on the county council, said: “The broad view that I take is that No 33 has been unoccupied for at least 12 years and we are presented with an opportunity to bring the building back into habitable and useful purpose.

“It will be occupied by refugees for a limited amount of time and we have a benefactor who is willing to fund those renovations.

“In that sense, any occupation and using the building is in the interest of the people of Watlington.

“This is a stepping stone to bringing it back to life for the benefit of the people of Watlington.”