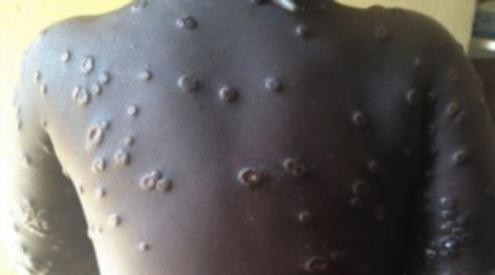 “A POX on both your houses”. Those immortal words were spoken perhaps most famously by Mercurio in Romeo and Juliet.

While Shakespearian scholars may exclaim with some annoyance that the word used was in fact “plague”, there are certainly many who say early editions of the play used the word “pox”.

Anyway, as well as being far more convenient for the purposes of this column, it would seem “pox” was quite a commonly used expression in Shakespearian times and has trickled through into modern vernacular as well.

From its name, one might be mistaken for thinking that it comes from Latin, as most medical terms seem to do.

In fact, it comes from a Germanic route and stems from the old English word pocc or pocke, the plural of which is pockes, hence its relatively modern variation.

A pocke was the name given to a pustule or blister and this is certainly the main characteristic of an infection from a pox virus.

We seem to be experiencing something of an outbreak of one type of pox virus at the moment, of the monkey kind.

At the time of writing, there are more than 300 cases reported in 21 countries outside Africa with more than 70 of these in the UK.

Normally monkeypox is confined to isolated outbreaks in central and west Africa but this one seems to have spread from two raves in Spain and Belgium.

Monkeypox comes from a family of DNA viruses called poxviridae (of which the very common molluscum virus is a member), specifically from a sub section (genus) called orthopoxvirus.

This genus can claim some notoriety as it counts the much more contagious and severe smallpox among its number.

Thankfully, this deadly cousin of monkeypox (thought to have had a 30 per cent mortality rate and to have killed between 300 to 500 million people in the 20th century alone) was declared eradicated in 1980 thanks to a successful vaccination programme.

In fact, pox viruses are somewhat intertwined with vaccination, something that we are more familiar with now than ever.

It was noticed that, in the late 1700s, milkmaids who were in close contact with cows and had contracted cowpox (another of the 12 orthopoxviruses) were mysteriously resilient in the face of smallpox outbreaks.

Edward Jenner was able to prove the link in 1796 and this led to the development of the first vaccine, developed from this other orthopoxvirus, vaccinia.

Little wonder then that the use of the smallpox vaccine has historically meant cases of things like monkeypox have been kept at bay.

In fact, monkeypox was a relatively recent discovery. It was first identified in 1958 in monkeys being used for medical research.

It is a zoonotic virus — in other words, it can spread from animals to humans and the first recorded human case was in 1970 in Central Africa. Since then there have been only sporadic cases outside Africa.

In 2003, imported rodents triggered some cases in America and there have been reports of isolated cases in the UK over the past few years, almost exclusively in people not long arrived from central and west Africa.

If you were looking for a trend, however, it would seem to be an upward one, certainly now we have this more significant outbreak.

While on this occasion it may have just been a coincidental and fortuitous set of circumstances for the virus to spread its legs a bit, there are some who say that cases are rising as the protection from smallpox vaccination has been removed. It has been 40 years since the last smallpox vaccinations after all.

Fortunately, monkeypox is not too serious, certainly compared to its more deadly relative.

While it can very rarely lead to complications resulting in patients dying (giving it a mortality of around three per cent globally), it is a self-limiting condition and most often mild.

There are two variants (or clades), one more severe than the other, and the one that causes the more severe cases, found in Central Africa, doesn’t seem to be involved in this current outbreak.

It spreads via touch and contact with mucous membranes in the eyes, nose and mouth. It can also be transmitted via contaminated clothing, towels or bedding used by someone who has the characteristic rash and, should one eat meat from a contaminated animal, it can get in this way too.

The incubation period is thought to be between five and 21 days. The first thing one may notice is achiness, temperatures, swollen lymph nodes, headaches and fatigue.

The rash usually starts on the face and then spreads over the first five days and should clear after about two to four weeks.

The blisters involved can resemble those one gets with a bout of chickenpox (the picture shows a severe case but the blisters can be smaller and milder). Chickenpox is, ironically, not a pox virus at all but in the same family as the herpes virus.

It is still far more likely for us in the UK that, should such blisters develop, it is due to something like chickenpox and the main differentiating factor will be a history of contact with monkeypox.

The advice currently is for anyone who may have been exposed to isolate for 21 days and there is a contact tracing process going on for the current outbreak.

One of the vaccines for smallpox is thought to be up to 85 per cent effective in preventing monkeypox pre- and post-exposure and there are one or two antiviral medications which are thought to be useful in treating more severe cases, although these are not widely available. Most of the time it is a case of waiting until it gets better on its own.

As far as I am aware, there have so far been only a handful of cases in most countries affected, including Italy.

It is perhaps inevitable that the number of cases for these countries will increase to a degree, perhaps significantly. There may yet be trouble on the streets of Verona.