Business students set up ‘tuck shop’ in aid of charity 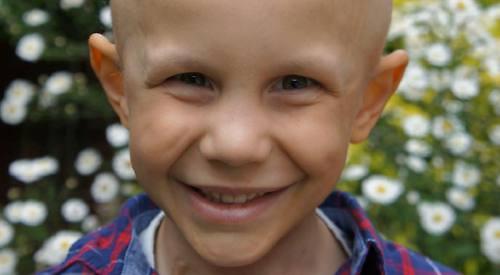 BUSINESS students from The Henley College ran a “tuck shop” in Market Place to raise money for the treatment of a boy fighting cancer.

Timi Avduli, Isabel Young, Manvir Sandhu, 16, and Matthew Allen, 17, set up a stall beneath a marquee in Falaise Square.

They were selling crisps, chocolate bars, biscuits and soft drinks donated by Tesco’s Slough branch in aid of Oliver Warner, from Bramley, Hampshire.

The five-year-old, whose family are friends with the teenagers’ lecturer Adam Stangroom, has a rare type of nerve cell cancer called neuroblastoma.

The family need to raise £500,000 to take him to Spain and then America for two stages of treatment. Mr Stangroom also lives in Bramley and his wife Karen teaches at Oliver’s school where the couple’s son Daniel, nine, is also a pupil.

Manvir said: “This has been a really valuable exercise that has really boosted our confidence. We’ve had to approach people in the knowledge that they may say ‘no’”

A few weeks earlier, another group of the college’s business students raised more than £300 by selling cakes donated by Waitrose, Patisserie Valerie and Patisserie Franco-Belge, of Henley.

There are plans for a fund-raising raffle or tombola in Henley town centre later this month and possibly a pub quiz.