This Spidey looks as if he'll stick around 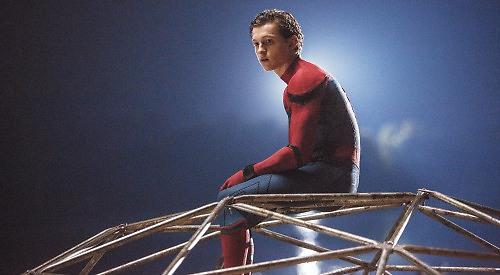 ONE of the most popular and successful comicbook superheroes of all time, Spider-Man is back in cinemas this week in his third big-screen incarnation of recent years.

Yes, that’s right — the character is now on its second reboot since Tobey Maguire hung up his spider-suit following 2007’s Sam Raimi-directed Spider-Man 3.

In 2012 it was the turn of Andrew Garfield to portray the troubled teenaged “arachnerd” Peter Parker.

Directed by Marc Webb, The Amazing Spider-Man was well-received — even if it was frustrating for fans to once more have to sit through the “bitten by a genetically modified spider” origin story so soon after the Raimi films.

A sequel appeared two years later but was a relative flop — leaving the way clear for Spider-Man to appear in the by now burgeoning Marvel Cinematic Universe.

Complications over the rights to the character had previously prevented this from happening, but in 2015 Marvel Studios and Sony reached an agreement that paved the way for Tom Holland to become the third actor to play the wisecracking web-slinger inside a decade — which he duly did in last year’s blockbuster Captain America: Civil War.

Producers Kevin Feige and Amy Pascal had been impressed by Holland’s performances in watery dramas The Impossible (2012) and In the Heart of the Sea (2015), while the young British actor also shone as Gregory Cromwell in the BBC’s televised adaptation of Hilary Mantel’s Wolf Hall.

In approaching the role of Spider-Man, Holland said he took inspiration from the work of both Maguire and Garfield but hoped his take on the character would deliver something “new and exciting”.

He added: “This is a very different side to Spider-Man because you’re going to see a kid dealing with everyday problems that a 15-year-old deals with as well as trying to save the city.” Sure enough, Spider-Man: Homecoming opens with a young Peter Parker returning home from fighting alongside the Avengers to life with his Aunt May (Marisa Tomei) in Queens, New York City.

Under the watchful eye of his new mentor Tony Stark (Robert Downey Jr), Peter tries to settle back into life as an ordinary high-school student, but is distracted by his desire to prove himself and exercise his superpowers.

He gets his chance when a new threat emerges in the shape of the Vulture (Birdman star Michael Keaton) — but little does he realise that everything he holds most important will be threatened.