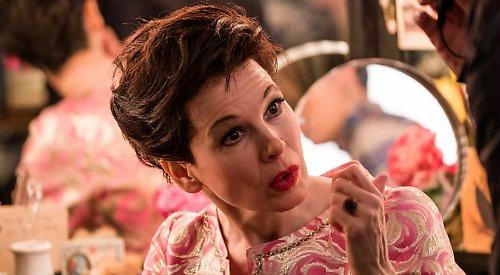 IT has been 50 years since the gentle-voiced star of The Wizard of Oz died.

Now comes a new biopic of the singer and actress who remains among the most famous faces of the 20th century.

Judy is a strong attempt at a heartfelt portrayal of Judy Garland’s struggles in the final year of her life and the oppressive childhood that led her there.

However it fails to fully explore the nuances of her character and too often trades in what could have been a tragic and deeply poignant moment for a
feel-good one.

The film stars Oscar-winning actress Renée Zellweger in the title role, which was a compelling choice given Zellweger’s own insight into the dark side of showbiz. She herself has experienced the ugly-shaming and confining beauty standards of Hollywood, which enables her to bring an authenticity to the role and show little known sides of Garland, such as her self-deprecating humour.

Judy mainly focuses on Garland’s life in 1968, the year before her fatal overdose, where financial troubles and her battle to win custody of her children plague her.

The film is studded with flashbacks into Garland’s past, which show basic psychoanalysis of how her stolen childhood took away her adulthood too.

The audience can expect several performances by Zellweger with links to the disturbing realities Garland faced as a child star, such as “The Trolley Song” with cutaways to the young star being forced to take diet pills by her controlling mother.

Garland’s death sparked the Stonewall riots in the summer of 1969 and the film nods to her association with Stonewall with her relationship to some gay British fans.

It is a moving moment, if a little try-hard, that exemplifies Garland’s awareness and care for the needs of the relegated.

Director Rupert Goold is known primarily as a talented theatre director. His most recent stage project, James Graham’s Ink, was nominated for a Tony Award.

He has directed only one other film before this, the mystery thriller True Story, although he has directed several award-winning Shakespearean stories for television.

The pressure is on for Goold to hold his own as a beginner in the film world and hopefully please Garland’s followers, who are filled with both excitement and dread for the biopic.

Judy is showing at the Regal Picturehouse cinema from today (Friday).