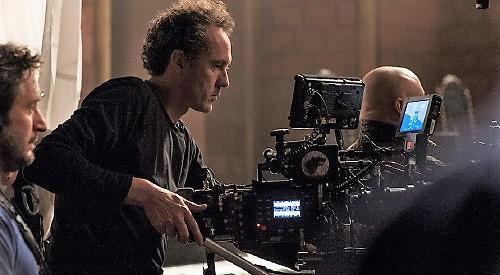 A TEENAGE film-maker and videographer, who has won several awards at the Henley Youth Festival, is hoping to turn his passion into a career.

Freddie Wilson has made promotional videos for several of the town’s clubs and businesses and is now seeking clients further afield.

The 18-year-old, who lives with his parents Ben and Ashling in Rotherfield Greys, was inspired to take up his craft because his father is a camera operator for film and television.

In recent years Mr Wilson has worked on Game of Thrones and Netflix’s The Crown as well as the live-action remake of Disney’s Aladdin.

Freddie, who attended Trinity Primary School and Gillotts School, began making films with a cheap camcorder when he was eight.

He entered the youth festival’s film competition several times and first won in 2013 with his festive short Winter Hum, which was shown at the Regal Picturehouse cinema.

He also won the photography section with a photograph of himself “hovering” in the air, which he achieved by jumping while using the self-timer and setting a fast shutter speed to prevent blurring.

After several years off, Freddie took up film-making again in December 2018, when he was in his final year studying for A-levels in photography and English at The Henley College.

He filmed a short profile of Andrew Ingram, who owns the Tree Barn in Christmas Common, which included footage of Christmas trees being harvested.

This was more of an artistic project than a commercial one but it gave Freddie the confidence to seek paid work after the film won the senior section of last year’s youth festival. Last summer he approached the Creative Duck, a group of creative professionals based in Henley, to offer his services and was invited to film several events.

After making contacts, he filmed short profiles of the Three Tuns, the Hart Street Tavern, Hotel du Vin, the Bull on Bell Street and Phyllis Court Club in Henley and the Cherry Tree Inn at Stoke Row.

He was also invited to make a promotional film of last year’s Henley Christmas Festival by the town council.

Freddie uses a Sony combined stills and video camera, which he shares with his family, and a drone, which he is licensed to operate professionally. He says: “A friend of mine is studying film at university but I wanted to go straight into work after college.

“The video at the Tree Barn was more for myself but Andrew’s family liked it and it made me feel I could do this for a living. I was very pleased with how it turned out.

“My videos are quite straightforward — I just capture the atmosphere of the place and set it to music.

“I can do a main video plus shorter ones which people can put on social media. It means anyone browsing on their phone gets a quick idea of what the place is like.

“It’s quite hard finding work in this profession but it is available. It has taken me a while to realise that I needed to look a bit further out of Henley.

“I’m managing on my own but it would be nice to have an editor. I’d like to establish myself as a business and maybe have my own production company.

“Dad isn’t here very often because he works abroad but I’d be lying if I said he hadn’t influenced me. He mostly gave me advice on the technical side of things, like looking after my gear.

“It’s a time-consuming job but it doesn’t matter when you enjoy it. It’s hard to imagine myself doing anything else.”