Appeal for family of airman in vain 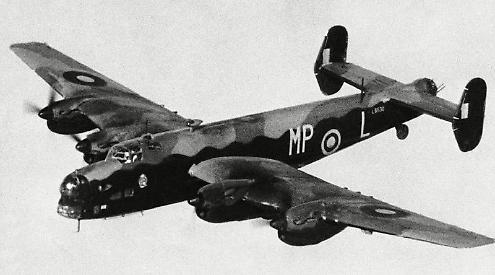 MORE information has come to light about Sergeant Robert William Laws, the Henley airman who survived after his plane was shot down during the Second World War.

As was reported on this page last week, he was in RAF Bomber Command’s 102 squadron.

He was a radio operator in a seven-man crew of a Halifax HR663 which had been on a mission to the city of Pilsen, in what is now the Czech Republic, when it was shot down over the village of Eppe-Sauvage on the night of April 16/17, 1943.

Sgt Laws was eventually rescued by the French Resistance and made it back to England by plane, via Gibraltar and Madrid, more than 20 days later. Three of the other men also made it back while two others were taken prisoner and the seventh died in the crash.

Bernard Feutry, who researches aircraft crashes in Avesnois, a small region where 122 airmen lost their lives during the conflict, is searching for descendants of Sgt Laws as there is to be a ceremony for all the airmen killed, rescued or taking prisoner while passing through the area.

Now Mike Willoughby, an historian from Woodcote, had discovered more about our man but, sadly, there appear to be no direct descendants.

He says: “Robert William Laws, who was also referred to as William Robert, was born in West Ham on September 9, 1914. He married Odette Henrietta Passey in the Pancras registration district in 1936. At the time of the 1939 register they were living at 125 Gloucester Terrace, Paddington.

“On June 15, 1945 their son John Michael R Laws was born in Eton registration district. Michael died in April 1985, aged 39, in Oxfordshire, it would appear unmarried. According to the electoral roll, William and Odette were living at Park Road, Henley.

“Robert William Laws died in Oxfordshire in 2004, aged 89. At this time Odette was in the Abbeycrest Nursing Home in Sonning Common. She died in 2005.

“I cannot at this time trace a direct descendant as it would appear that William and Odette had only the one child.”