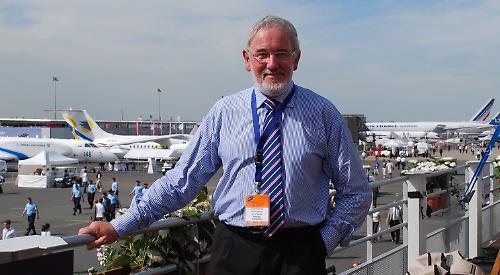 TOMORROW night (Saturday) will mark the 50th anniversary of man first landing on the moon.

At 9.17pm on Sunday, July 20, 1969 — UK time — the lunar module Eagle, manned by Neil Armstrong and Buzz Aldrin, touched down on the southwestern edge of the Sea of Tranquility.

Armstrong, who had been piloting the craft while Aldrin relayed a constant stream of data from the instrument panel, immediately radioed Mission Control: “Houston, Tranquility base here ... the Eagle has landed.”

The waiting world, which had been holding its breath in anxiety and anticipation, heard flight controller Charlie Duke respond: “Roger, Tranquility, we copy you on the ground. You got a bunch of guys about to turn blue. We’re breathing again. Thanks a lot!”

It was a moment of pure joy — and 50 years on it remains arguably humanity’s finest hour to date.

Armstrong and Aldrin were still around six and a half hours from actually setting foot on the lunar surface, but back on Earth — 240,000 miles and a 76-hour space voyage away — there was justified cause for celebration at the success of Apollo 11.

Here in Henley that celebration will continue tomorrow night from 7pm when Apollo space programme enthusiast and collector Dr Michael Warner hosts a free film and music show in Market Place. The event, which is open to all, has been organised with the support of Henley Town Council and Gillotts School.

Dr Warner, who lives in Queen Street, said: “We’ve hired a giant LED screen and a powerful sound system and are inviting families and visitors to bring along their own chairs and settle into Market Place for an evening of spectacular space imagery compiled from NASA and American TV archive footage of the missions to the moon. To set the event running, music will be played from Holst’s The Planets and 2001: A Space Odyssey.”

The music will play over the sound system from 7pm to 7.45pm, after which Henley Mayor Ken Arlett will introduce Dr Warner.

He will in turn introduce the evening’s special guest, Dr David Baker, a British-born former NASA scientist who was working in Houston during the eight days and three hours it took the Apollo 11 crew to fly to the moon, land safely, and return to Earth.

Dr Warner said: “We are privileged that Dr Baker will be joining us. He will provide commentary throughout the evening on what the moon landings were really like as viewed from a seat in Mission Control.”

Having worked on the Gemini, Apollo and Shuttle programmes between 1965 and 1984, Dr Baker has since written more than 100 books on the subject.

Since 2011 he has been the editor of Spaceflight, the journal of the British Interplanetary Society — which in 2017 presented him with the Frederick I Ordway III Award for sustained excellence in space coverage through his books and articles, as well as engagement in the early US space programme.

Dr Baker, who lives near Rye, East Sussex, turned down a number of other invitations to be present in Henley tomorrow night as he wanted to support a grassroots community event celebrating the moon landings.

Today, we know that the Apollo 11 astronauts’ mission was duly accomplished. Armstrong and Aldrin walked on the moon, took photographs, conducted a series of experiments, collected numerous soil samples and planted a US flag before returning to Eagle for a good night’s sleep.

A little over 12 hours later, Eagle lifted off from the lunar surface and successfully docked with the command module, Columbia, which had been piloted in orbit by Michael Collins. The three Apollo 11 crewmates then returned safely to Earth, splashing down in the Pacific at lunchtime on July 24.

Back at Mission Control, Dr Baker was working on mission planning and analysis — not only concerning Apollo 11 but all the subsequent missions to come.

He said: “We were using the data as each flight progressed to feed into extrapolating forward to see whether there was anything that would threaten what we were planning for further and more advanced missions down the road.

“I was in the vicinity of the control room that you see on television, harvesting all the data that was coming in, ready to respond to any particularly urgent analyses that were required — like numerous of us were in that outer ring, as it were, in the back rooms.

“My objective was always looking to see whether we were coming up with any glitches — or any funnies, as we called them — which were not what we expected and which might impact what I was working on, which was the development of those later missions that were still plugged in very tightly to what was going on hour by hour.”

What was the feeling at Mission Control like on the morning of Apollo 11’s launch?

Born into an RAF family in 1944, the young Dr Baker attended an American school in Hertfordshire from the age of nine, later winning a scholarship that would take him to the States to study as part of a NATO programme sponsored by US senator Clinton P Anderson.

“We were coming off the back of gargantuan events,” he says today. “The Second World War, the Manhattan Project, the atom bomb, and we were just on fire with wanting to sustain all that incredible techno virility symbol — of being able to really, really push on the edge of the envelope and find out what was possible. And hey, we’re going into space! We’re going to change the whole future of the planet!”

A layman might imagine that the Saturn V rocket launch from Cape Canaveral and Eagle’s subsequent landing on the moon were the Apollo 11 mission’s single most nerve-racking moments.

But from where Dr Baker was sitting, it was the lunar ascent — the lift-off from the moon — that was the most risky stage, statistically speaking.

“There was a great sense of euphoria in the seconds after the landing,” he recalls. “But the best feeling I can give is that after landing we felt we were at the bottom of a very deep hole.”

The reason for this was that, having landed safely on the moon, Armstrong and Aldrin now only had the lunar module engine at their disposal.

“There’s only one way out — that one engine, in the ascent stage — and it’s about the size of a hat box,” says Dr Baker. “The actual engine could go in a ladies’ hat box. That was all that stood between you and death. And there is no way we could have rescued the crew.

“There’s a lot of misperceptions as to what the crew meant when they said we only had a 50-50 chance. They didn’t mean a 50-50 chance of coming back alive over the whole mission. There’s a 50-50 chance on that first attempt of actually achieving a successful landing and returning home.

“Overall, because of the back-ups and the safety, you had a 95 per cent certainty you’d get the crew back. But of course, it literally was down to 50-50 when you’re on the lunar surface. It either didn’t work or it did. And there was no back-up.”