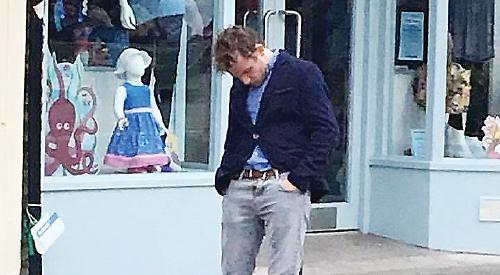 AN estimated 200,000 people came to Henley over the five days of this year’s royal regatta.

As normal, Saturday was the most popular as revellers like to enjoy themselves after the day’s racing — if they haven’t already been doing so.

As we made our way from the river bank to Henley town centre in the early evening, there were many visitors already unsteady on their feet after spending the day in the sun with a drink in hand.

Police were quizzing one man, whose companion was slumped over a chair, while several women had ditched their painful high heels to walk bare-footed back to the station.

But while some were calling it a day, thousands more were just arriving for a night of partying. By the town was awash with smiling faces looking for a good night out.

Long queues formed at some of the most popular venues in the town centre, including the Catherine Wheel in Hart Street and the Angel on the Bridge.

at the Sainsbury’s store in Bell Street were inundated with people picking up supplies for the night.

The town was so busy that by mid-evening every cash machine in the town centre had run out of money.

While the atmosphere was friendly, there was still a strong police presence just in case, although no sign of the armed officers who had been at the regatta itself.

Doormen were stationed outside many of the pubs, keeping a close eye on those who should have caught the next train home rather than have another drink.

One man was propped against a bollard apparently fast asleep.

The Little Angel, the nearest pub to the regatta site, was crammed with people. Perhaps it was something to do with the sign outside declaring: “The best place to spend the regatta (unless you want to see any rowing).”

In the pub garden there was music playing and the car park had been laid out with tables to cope with demand.

Inside, bar staff were working hard to serve the hundreds of customers with not only drinks but cigarettes — one desperate smoker paid £30 for two packets.

Outside, at least one man had found a cheaper way to drink. He asked us if the two half-full glasses of beers that had been left on our table by a previous party were ours or not. He barely waited for an answer before downing one of them.

Apparently, this practice is known as “minesweeping”.

We then walked along the towpath to find out what was going on along the river now the racing was long forgotten.

Although many people who had spent the day at the regatta were heading in the opposite direction, there plenty going our way in search of fun and booze.

We passed the Mahiki bar, which was packed with people despite charging a hefty entrance fee. Likewise, the Barn Bar was charging £15 on the door. We stopped for refreshment at the Rebellion Brewery beer stall. We were now most of the way down the regatta course where the atmosphere was more relaxed and peaceful compared with the boisterous town centre.

People’s attire was also decidedly more casual, with more jeans and open shirts on display. There seemed to be fewer rowing fans and more people who had come for a night out.

Most of those who passed by seemed to be in good spirits after a fun day out, many laughing and joking.

One man offered his female companion a piggy-back to ease her sore feet and almost tumbled into the river as he hitched her up.

Another man looking the worse for wear was being supported by two mates as they stumbled along the path.

A group of boys seemed to be looking for female company, throwing out compliments at any group of the girls they passed — with varying degrees of success.

Many of the enclosures were still very busy as the time approached when the traditional fireworks display took place, although much of our view of it was blocked by trees.

After the fireworks, we visited a gin bar which had been decorated with a Hawaiian theme.

Here we were able to sample some modestly-priced drinks and relax on some comfortable padded sofas, observing people on the dancefloor.

As the clock ticked towards midnight we decided to wander back to town, joining the throngs of people also calling it a night. Men in their previously smart regatta attire now looked somewhat dishevelled with shirt unbuttoned, tie looped around their forehead like a bandana and blazer… ah, where did that get to?

Some dashed behind tents and trees to relieve themselves rather than face the prospect of a long walk back to the public toilets.

The clean-up had already begun with a machine displaying Wiltshire County Council branding sucking up discarded plastic cups and other rubbish.

The atmosphere was still largely jovial and there was no sign of people’s overindulgence tipping over into trouble.

Nearer the town, police officers manned the towpath to make sure no one tumbled into the river in the dark.

The now familiar Elvis boat had moored at the bank, encouraging passers-by to stop and dance with “the Kings”.

As we crossed Henley Bridge, the party in town was still in full swing with a disco on the deck of the Angel on the Bridge full of people.

There were still queues outside some pubs but many visitors were simply enjoying the atmosphere in the streets as it was still pleasantly warm despite the time.

For us, however, it was time to call it a night, having enjoyed the full regatta experience.