Restaurant to re-open at previous premises 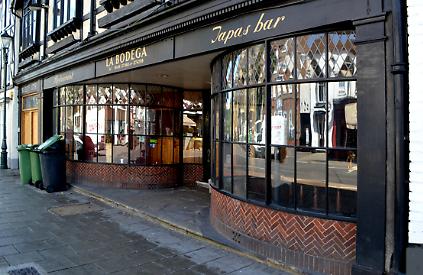 Juan Gil Rios said he would be back at the Hart Street premises before the end of the year following the closure of Cau.

CAU, an Argentinian steak restaurant chain, opened there in January 2015 after a £1 million refurbishment of the premises. It shut last month after its parent company went into administration.

Mr Gil Rios, who owns the freehold of the building, said he was excited about returning.

He said: “The business is back very soon. It will be even better than La Bodega — something very Spanish.

“The building is mine so I have to do something with it. I will run it from the outside. I want the business to be successful. I left Henley and it’s going down the hill.

“I had millions of people coming to see me in La Bodega and now they say to me, ‘there’s nowhere to go, it’s all pubs’.

“There’s nowhere in Henley to get a good bottle of wine. They need independents, they don’t need chains. They are going down the hill, all of them.”

Cau wanted to redesign the front of the building by adding large windows, a covered canopy, a fascia sign and a projecting sign before deciding to keep it as it was.

Mr Gil Rios said: “It’s the best building in Henley — the frontage and the garden. It has got everything.”

He has run La Bodega in Chalfont St Peter for the past year and previously ran restaurants in Ascot, Denham, Flackwell Heath and Farnham Common.

When Cau closed a note on the door informed customers that it had “ceased trading indefinitely”. It was one of 22 restaurants in the Gaucho group which closed with the loss of up to 540 jobs.

In July 2016 there was a fire at the premises which started in some bins and spread to a timber storeroom outside.