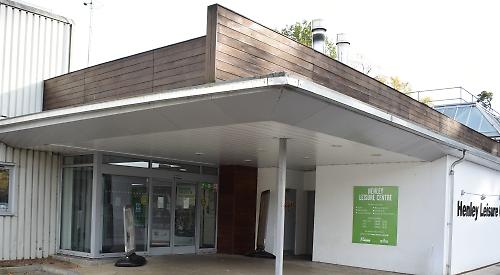 A SQUASH player has thanked staff at Henley leisure centre who saved his life after he suffered a heart attack during a match.

David Wright, 65, collapsed on court and his heart stopped for 10 minutes.

He was given CPR by duty manager Josh Fahey and recreation assistant Liam Peachey, who then got his heart started again using a defibrillator. He was taken by ambulance to the Royal Berkshire Hospital in Reading where he had emergency surgery.

The retired vascular surgeon was discharged on Friday and is now recovering at home in St Mark’s Road, Henley, where he lives with his wife Jan.

Mr Wright, who is chairman of Henley Squash Club, said he was grateful to Mr Fahey and Mr Peachey for acting quickly to ensure his survival.

He added: “They deserve the praise and recognition.”

Mr Wright was playing the last game of the night when he collapsed. His club mates called an ambulance while the two staff treated him. Mr Wright, who normally plays squash four or five times a week, said: “I have no recollection of it.

“I was coming to the end of the second game and I just collapsed on the floor on my side and was rolled over at which point I apparently went blue. They decided something was seriously amiss — I was apparently playing quite well!

“Josh and Liam attended and Josh in particular started CPR. It took them a few minutes to get the defibrillator to me but after the second shock my heart restarted.

“I believe the ambulance turned up after about 15 minutes with the police and cardiac specialist team and I was transferred to the Royal Berks and was sedated.

“I had an emergency cardiac investigation which then proceeded to deal with an acute blockage of one of my arteries.”

He had a stent put in the artery to keep it open.

Mr Wright was brought round the following morning but couldn’t make sense of what had happened until several hours later.

His son Robbie, 27, and his girlfriend Nicole Bentley stayed with him at the hospital after travelling up from Southampton.

Mrs Wright, 64, was in Brittany and didn’t know what had happened until another member of the squash club rang her mobile phone.

He had been unable to unlock her husband’s phone so he asked one of the couple’s neighbours for her number.

Mrs Wright said: “I woke up in the night and checked my phone. It was 4am and I had this great long strand of messages.

“I was really shocked because David’s a pretty healthy person and I didn’t know what to do.”

After speaking to her son, Mrs Wright caught a ferry home on the Tuesday night and went straight to the hospital the following morning.

She said: “The doctor in the intensive care unit had said to Robbie that without Josh’s CPR and then shocking him, David would not be around.

“His quick actions have improved David’s outcome 100 per cent.”

Mrs Wright and her son have since been to the leisure centre to thank the staff personally.

She said: “I’m just incredibly lucky that I’ve still got a husband and it’s thanks to other people.”

Mr Wright, who worked for the NHS for 12 years before running a small surgical company, said: “I’m a retired surgeon and have been involved in things like this but it has not been me!

“I’m apparently supposed to feel depressed but I feel absolutely fine to be quite honest. I feel pretty close to normal.

“I was let out at lunchtime on Friday. They put me through a stress test which I passed and then I could come home just in time to watch the rugby.

“I feel lucky because people like Josh and Liam anted up, which is fantastic.

“I’d like to say I know from past experience that it affects the carer at least as much as it does the victim so it will affect them for a very long time so they deserve the praise and recognition.

“They did what they are trained to do and I think that’s great.

“It’s a question of having more people trained and other members of staff or just passers-by having a go. There’s nothing to lose in those circumstances.”

Mr Wright, who is also a member of Upper Thames Rowing Club, also thanked the ambulance service and the hospital for performing “outstandingly well”.

“It’s been an enormous team effort,” he said. “The NHS is a wonderful service.”

He will have another procedure in a few weeks’ time to check for blockages or narrowing of his arteries and is not allowed to drive for a month.

Mr Wright plans to play squash again but his wife said: “I’m not taking him there — I’ll be taking him for short walks.”