Financier made MBE for helping young via sport 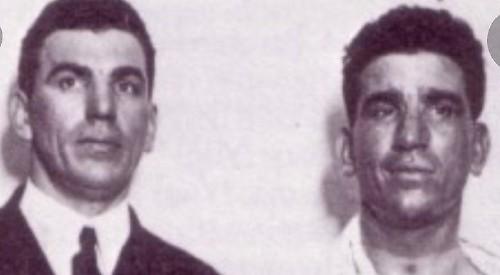 A MAN who has helped thousands of children to play sport has been made an MBE in the New Year’s Honours list.

Tony Mallin, 64, from Skirmett, received the honour for services to young people through sport.

He founded Youth Experience in Sport, a charity that aims to bring at-risk young people into active sport in deprived areas of London, 15 years ago.

It has provided more than £350,000 in financial support to boxing, canoeing, rowing, judo and martial arts across six boroughs in the capital.

Most of this money has been donated by Mr Mallin, or raised through his own efforts.

He had a successful career at Hambros bank before founding his own private equity firm, Star Capital Partnership.

Mr Mallin said: “I’m extremely proud and the honour was totally unexpected. It’s very nice to have the recognition but I never thought anything like this might happen.”

He grew up on a council estate on the border of Hackney and Islington and started boxing when he was young as his father and uncle were successful in the sport.

His father Fred was a middleweight who completed for Great Britain at the 1928 Olympics and was a gold medallist at the 1930 Empire Games.

His uncle Harry was an undefeated middleweight champion, winning gold at the 1920 and 1924 Olympics.

Both men won the British title five times in succession.

Mr Mallin said: “I was expected to go into boxing and I would box when I was a junior.

“After I lost a fight, my uncle suggested it wasn’t the best route for me.”

The boxing club was next to  Eton Mission Rowing Club so Mr Mallin took up that sport instead and excelled. He moved to Lea Rowing Club and made the British team.

Mr Mallin still rows and recently won the Head of the Charles in Boston for the third time with the Melbourne University Boat Club.

He said rowing had given him “focus and determination” and a feeling of camaraderie.

“It gave me a new lease of life and a feeling that anything was possible,” said Mr Mallin.

“I started to realise how much it costs for the state to rehabilitate a kid who is violent.

“I decided if I could get some of these kids and put them on the right course it would give me a great deal of personal satisfaction — and it saves the state a fortune.

“What we do is seek out entrepreneurial people who manage kids very well in supportive environments. There’s an emphasis on combat sports.

“As I started to be more successful in my own career I was able to put more behind it.”

The charity plans to launch a new system to help more children with sponsorship packages marketed to the corporate world. Mr Mallin said: “In the next 10 years my aim is for it to be self-perpetuating and not needing to rely on me.

“What really upsets me is the amount of violent crimes with knives in London, particularly east London, and this is an area we particularly focus on.

“My life has completely changed from the heritage of my parents who were very much from a working class background. I wasn’t quite on subsidised school meals but I wasn’t far off it.

“If it wasn’t for sport I would have been on a completely different path with the guys I used to hang around with and things I used to get up to.”

He added: “I’m reasonably proud of where I’ve got to. Now what I really want to do is make a difference to others.

“I think there’s an obligation on people who have done well and have benefited with the environment and business system in the UK.

“I think it’s expected of them to channel their energy and skills into repaying society.”