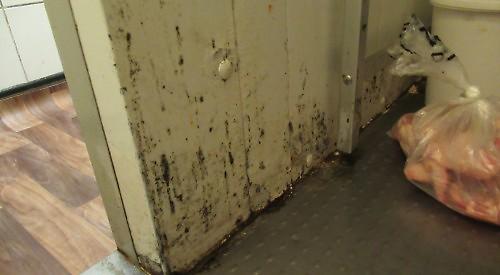 THE owner of a former Henley restaurant has been ordered to pay more than £22,000 for breaking food hygiene and health and safety laws.

Tahsin Kan, 39, sole director of Mezo Restaurant and Café in Market Place, pleaded guilty on behalf of the company to nine charges when he appeared at Oxford Magistrates’ Court.

Environmental health officers for South Oxfordshire District Council, which brought the prosecution, found kitchen staff at the Mediterranean restaurant used knives for raw food and cooked food without being cleaned in between.

There was inadequate hand washing facilities for staff, a poor standard of cleanliness in the areas where food was stored and prepared and equipment such as chopping boards was found to be mouldy and in a poor condition.

No gas safety certificate was available to confirm if the gas hob used in the kitchen was being maintained in safe condition, which presented a risk of fire, gas leaks, explosion and carbon monoxide poisoning to staff and the public.

The prosecution followed a series of inspections by the officers after a number of breaches of food safety and health and safety laws were found to have taken place.

The council said it was apparent to officers that the “recurrent failures” to comply with health and safety and food hygiene laws posed an “increased risk of food poisoning and injury to staff and anyone visiting the restaurant”.

Magistrates fined the company £2,000 for each of the eight food hygiene offences and £4,000 for a health and safety offences. They also imposed a victim surcharge of £181 and awarded the district council costs of £2,513, a total of £22,694.

Officers visited the restaurant several times over nine months between September 2018 and May 2019 during which time they found minimal progress was being made to improve conditions.

In April and May 2019, the council served three formal improvement notices on the company requiring specific works to be completed by specific dates.

On May 28, 2019, officers made what was to be the final visit to see if the restaurant had complied with the improvement notices and the list of contraventions highlighted at previous inspections.

Kan, of Bartholomew Street, Newbury, had refused to engage with the council to make his restaurant compliant.

Mezo opened in August 2018 at the former Da Luca Italian restaurant but closed just over a year later. It offered cuisine from across southern Europe, including beyti and iskender, types of kebab popular in Turkey, where Kan is originally from.

The former market trader moved from the city of Diyarbakir to Britain more than a decade ago and had always wanted to own a restaurant so he began working as a waiter in the Reading area.

When he discovered the Da Luca premises were available he took up the lease and spent about £30,000 redecorating and replacing the electrics.

When the business opened, he told the Henley Standard: “I moved to Britain for a better life and have always wanted my own place but it has taken time to get everything lined up.

“I was looking for the right place for a long time but I thought Henley was a good location because I often come here to look around and it’s a historic place with a lot of tourism.”

The restaurant has since been replaced by The Dub, an American-style diner with a British twist.

Councillor David Rouane, the council’s cabinet member for the environment, said: “The council’s environmental health officers inspect food premises across the district to ensure the safety and health of staff and customers.

“They will always work to help companies improve if their standards fall below what is required by law.

“However, if restaurants ignore the warnings and advice, the council is duty bound to prosecute to protect people’s health.”

Henley Mayor Ken Arlett, who officially opened the restaurant with his wife Dorothy when he was deputy mayor, said: “He came over as a really decent fella.

“He ploughed all his money into the restaurant but he had never run one before. He probably opened it a bit early as he was still working on the place when it opened.

“I feel so sorry for him because of the money he put into it. At the end of the day it was lack of experience and lack of knowledge in what he was doing.

“Having said that, it didn’t have a good feel factor. I’ve been in other restaurants and the people know exactly what they are doing, everything is in place and they know the health and safety rules they have to work to.

“This fella, unfortunately, lacked all of that. Working there every day he probably noticed it, but didn’t realise the problems that were going to arise.”

• Food hygiene inspections are conducted by the district council’s environmental health officers under guidelines set by the Food Standards Agency, which administers the national Scores on the Doors rating system. A full list of ratings is published at ratings.food.gov.uk