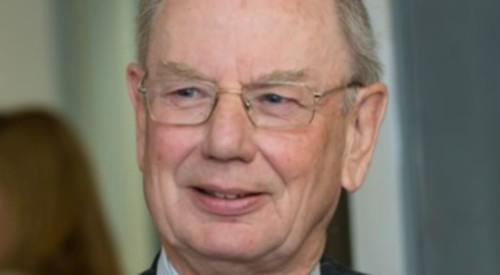 A MAN who has delivered about 10,000 prescriptions in Watlington, Chalgrove and the surrounding area has been awarded the British Empire Medal.

Richard Thomas, 59, has been helping out since the first coronavirus lockdown in March was announced.

He collects prescriptions from the Watlington Pharmacy in Couching Street and the Chalgrove Pharmacy, which he co-owns with the managers, before delivering them to those in need.

Mr Thomas, who lives with his wife Angelina in Finchampstead, said: “I am delighted to have been recognised in this way.

“However, this really was a team effort by all the staff working in the pharmacies and indeed many people working through both the local GP surgeries and the parish councils.

“The whole community has shown in the past year what can be done by working together and I hope this can be harnessed in future for the benefit of our local communities.

“When lockdown came along we thought, ‘How are we going to get these out to people?’ We decided to start delivering because they haven’t got a driver so someone had to do it.

“It was a necessity at the time as you don’t want 30 people turning up and collecting one prescription each. During the first lockdown we were delivering not just to the extremely vulnerable people, it was everyone aged over 70.”

He said: “I drop it on the doorstep, ring the bell and march back down the driveway. I have to wait for them to collect it and if they are not there, I have to take it back later.

“People are very pleased because a lot of them are shielding.

“The work is pretty well full-time. I have probably been doing 30 hours a week since the pandemic started.”

Meanwhile, a Watlington man has been awarded an OBE for his work with a charity that provides housing and care homes for elderly people.

Ian Plaistowe, of High Street, is chairman of Abbeyfield, of St Albans, which was founded 65 years ago and aims to enhance the quality of life for older people. He became chairman in 2015 but had been involved since 2006.

Mr Plaistowe, 78, said: “One never does these things with the intention of getting an honour at the end of it, so it’s a surprise when someone comes along and says, ‘We’re minded to give you an honour this year, would you accept?’

“I think care of the elderly has been a much neglected area in civil life for many years and I think the covid outbreak has shown just how neglected it has been. It’s a sector of society that does not get its proper share of financial resources. We have something like 8,000 residents in six or seven countries. We like to think we have particular ways of providing care which focuses not just on providing a room and food.

“We focus much more on what we call the ‘whole person’, in keeping individuals entertained, occupied, carrying out hobbies and eating together. Residents meet at least once a day for a meal together so that helps combat loneliness.”

A retired chartered accountant, Mr Plaistowe spent 13 years as chairman of governors at the Beacon School, an independent school near Amersham, before retiring in 2012.

He said: “There’s nothing more important in the world than giving people an education to start with. If they have that they have got a strong basis on which to build their futures. Education is a critical stage in every young person’s life.”

After retiring in his late fifties, he began working in the voluntary sector.

He is also a former president of the Institute of Chartered Accountants in England and Wales and vice-chairman of the Takeover Panel and the Financial Reporting Council.