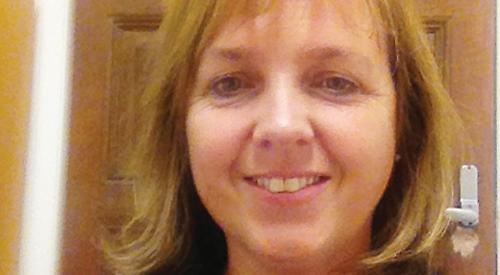 A VOLUNTEER at Joyce Grove in Nettlebed since 2011, she decided to offer her time after losing both her father and best friend at the hospice.

Mrs Tylee, from Caversham, works at the office as well as representing the hospice at public engagements and speaking on its behalf.

She is well known around the hospice for her sense of humour and friendly nature and has also spent several years as a member of the service user group.

AS the reception co-ordinator at Joyce Grove, she makes sure there is always a welcoming face to greet people arriving at the hospice.

She has worked on reception since 2012 and often provides cover at weekends or evenings when the hospice is busy.

Mrs Nunney, from Crocker End, also regularly takes part in activities including the hospice’s Lights of Love service and the Christmas fair, where she helps decorate the hospice and makes table decorations to sell. She organises a weekly cake baking rota where all staff can come together for a cup of coffee, cake and chat.

Mrs Nunney said: “I help out whenever I can. It’s important to give something back to the local community because they’ve got such a brilliant facility here and we need to support it.

“We have a lot of volunteers on reception who work hard so that people who come in have the feeling of being cared for.

“That’s really important and it’s the volunteers who create that feeling and welcome people to the hospice.

“I’m extremely grateful to be nominated but it’s a bit of a surprise.”

AS a ward manager, Mrs Morgan is responsible for making sure patients and their families feel at home at the hospice.

Along with colleague Mrs Nicoll, with whom she shares the role, she helps make those staying at the hospice comfortable as well as leading the nursing team.

She has worked at the hospice for two years and last year stepped up to ward manager. Before that she was a district nurse in the area.

Mrs Morgan, from Aston, said: “Sue Ryder is a wonderful place to work and we are privileged to care for people with specialist needs or who are at the end of their lives as well as their families.

“What I really love about it is being part of a true multi-disciplinary team, with the medical team, family support and healthcare professionals.

“It’s really important for the patients to have their symptoms managed and have a space where they can talk to professionals about the impact their disease is having on them.

“Probably just as important is supporting the carers who do the bulk of the caring when the patients are at home.

“It was a surprise to be nominated but really thrilling. Not that we do it to be recognised but it’s a lovely thing to receive.”