Sonning Common come out on top in schools football tournament 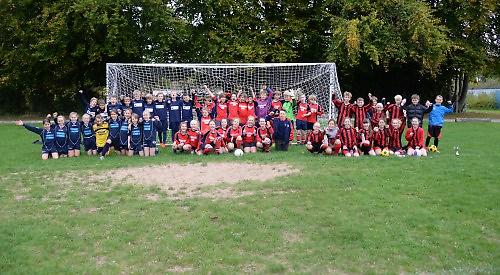 DOZENS of children took part in a schools football tournament in Gallowstree Common.

Each school fielded a boys’ and girls’ team who played a round robin of three 12-minute matches to determine the winners.

The boys and girls played alternate matches with the non-playing teams cheering on their classmates from the touchlines. Both the boys and girls’ competitions were won by Sonning Common, while Kidmore End came second in the boys’ event and Shiplake were runners-up in the girls’ tournament. Organiser Kevin Nutt said: “I’m really pleased. It was a good competition with good individual and team performances.

“The parental support was also very good and overall it was a pleasing afternoon. Thank-you to Rotherfield United for giving us the use of their facilities as it always helps to go to a local club.

“It would be nice to see a few more schools take part next year.”