Villagers want their local Lion to roar once more 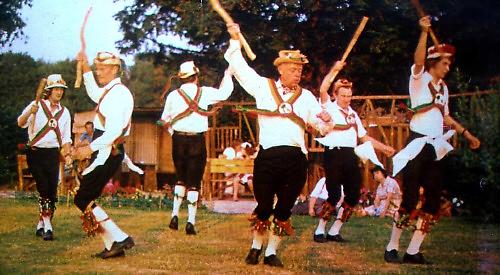 RESIDENTS of Crays Pond want to re-open their former pub as a community “hub” with a shop and other amenities.

A campaign group is preparing to launch a fundraising appeal to buy the old White Lion from Satwinder Sandhu, who bought it from Greene King in 2013.

The businessman moved in with his family despite having no planning permission to use it as a private home.

Last year, he was ordered out after losing a lengthy legal battle with South Oxfordshire District Council.

Since then the pub’s land has become unkempt and overgrown and at one point was occupied by travellers.

The council has listed the pub as an asset of community value following an application by residents.

But Mr Sandhu, who now lives nearby, has appealed the decision and a hearing of a tribunal of the General Regulatory Chamber will be held on Monday.

If he loses, Mr Sandhu can’t put the pub on the market for four years without giving the community six months in which to put a bid together, although he doesn’t have to accept any offer.

The tribunal’s ruling will be announced in about a month.

If Mr Sandhu loses, the Save the White Lion campaign will ask him to consider selling the pub and, if he declines, might even seek a compulsory purchase order forcing him to sell at the market rate.

The owner has argued that the pub alone wouldn’t be viable.

The campaigners agree but say the business could be subsidised by setting up allotments in the garden for hire or inviting farmers and crafts makers to sell produce.

They say the pub could host social events such as coffee mornings or have a hire and charging point for electric bicycles.

Mr Sandhu offered to subsidise the pub by building housing or bed and breakfast accommodation on the land but neighbours and Goring Heath Parish Council opposed the scale of the proposed development and the district council wouldn’t give planning consent.

Fiona O’Brien, who is leading the campaign, said the pub could be run by a community trust supported by sponsorship and grants from the Government and other public bodies. Several suppliers had expressed an interest in having stalls and a businessman wanted to invest.

The campaign is creating a brochure to drum up more interest.

A draft of the brochure says: “When a brewery owns a pub, as soon as it does well the brewery gets greedy and the good landlord goes. The brewery can’t lease it out at the high rent wanted… and the pub goes downhill.

“But the White Lion is in a great location, visible from the road with plentiful parking, has a wonderful, large, south-facing garden... and has been very popular with walkers, cyclists and drivers.

“Join our many supporters and see the White Lion roar again. Now is the time — the opportunity won’t come around again.”

Mrs O’Brien said: “Even before the challenges of coronavirus and the lockdown, we realised it could never be a pub again in its own right but we’d like it to be a one-stop shop for as many things as possible — your butcher, baker, candlestick maker and so on.

“This year’s events have shown that when communities lose their pubs, there’s nowhere for people to meet and that’s more important than ever with more and more people working from home and avoiding town centres.

“We need somewhere for villagers to meet up rather than becoming isolated. They could pick up some shopping, use the wi-fi and sit enjoying a coffee or even wine in the evenings.

“We’ve got so many ideas that we’re sure would benefit people and it could be so much more than just a village pub.

“We won’t know our next steps until the tribunal makes a decision. Even if it upholds the community asset listing, Mr Sandhu could still sit on it in the hope that he gets permission further down the line. It’s such a sad sight at the moment and nobody likes how it looks.

“We’d be stuck initially without a willing seller but we’ve had a very favourable valuation on the property so we might think about a compulsory purchase order. Assuming it’s feasible, it would be our last resort. We’ve learned that lots of people are interested in selling or supporting the idea so it should be possible to get some firm pledges. If the district council can see we have the money, they might be more likely to support a purchase order.”

John Densum, who is putting the brochure together, said: “The tribunal has been delayed several times so we’ve held back on publicising this because we’ve got to keep people’s interest up and didn’t want to make a big deal until the legal hurdles had been cleared.

“However, lots of people have been in touch since we launched our new website and it shows there’s still a lot of interest.”

Peter Dragonetti, vice-chairman of Goring Heath Parish Council and the village’s district councillor, said: “Unfortunately, the legislation around community assets is fairly weak and even if the listing is upheld, it won’t automatically force the revival of the pub.

“However, it would be a material planning consideration and would make it harder for the owner to consider alternative uses. We’ll have to wait and see what happens next.”

Mr Sandhu was prosecuted twice for disregarding an enforcement notice and ordered to pay a total of more than £6,000 in fines and legal costs. He moved out of the pub after the council took the case to the High Court.

In a last-ditch bid to remain, he “re-opened” the pub as a whisky bar with limited capacity and opening hours, which a judge ruled “could no more be called a pub than a fig leaf on a naked statue could be called clothing”. He ordered Mr Sandhu to pay another £20,000 in costs.

The White Lion thrived until 2008 under landlords Caroline Pierrepont and her late husband Stuart but then struggled under a series of short-lived successors.

Mr Sandhu says this proved it was no longer viable but villagers insisted it could still thrive under the right management.

Mr Sandhu says he originally bought the pub with the intention of opening an Indian restaurant.