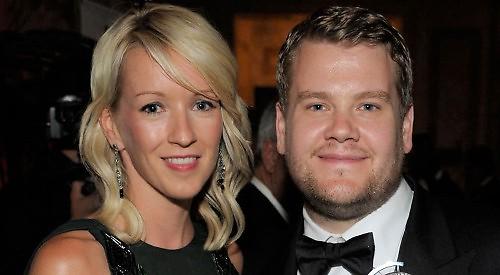 JAMES CORDEN is being asked to return a prehistoric monument in the grounds of his new home near Henley to its native Jersey.

The actor, comedian and US chat show host bought Templecombe House with his wife Julia for £8.5 million in December.

The purchase included a Grade II listed Neolithic stone circle, known as the Mont de la Ville dolmen, or Druids’ Temple, which was unearthed at St Helier on Jersey during the late 18th century.

The stones were later shipped by barge to the Park Place estate, off Wargrave Road, by Field Marshal Henry Seymour Conway, commander-in-chief of the British forces.

Conway was gifted the stones in 1788 when he was governor of Jersey after erecting a series of defence towers to prevent the French from invading the island.

He was also leader of the House of Commons during the reign of George III and the humpback bridge on Wargrave Road is named after him.

Now Jersey’s government ministers have agreed to ask the Cordens to repatriate the stones, which can’t be seen by the public. If the couple agree, the dolmen could go on display at Fort Regent, a 19th-century fortification which now stands on the hill where the stones were dug up.

In 1985 a plaque was erected there to mark their removal.

Deputy Kirsten Morel, the island’s culture minister, was inspired by emails from the public and conversations with colleagues who support the idea in principle.

He told the Jersey Evening Post that the island’s chief minister supported the idea, which he found “very interesting” but it depended on the owners’ support.

He said: “This is not a situation like the Elgin Marbles because the dolmen was a gift from Jersey, so there is no argument for having it back as a matter of principle. It would be a lovely idea but there is a long way to go.”

It’s understood that Wokingham Borough Council would have to grant planning permission because removing the listed stones might constitute “demolition”.

Council leader John Halsall, who is also vice-chairman of Remenham Parish Council, said: “I once saw the monument when I visited the estate under a previous owner but I had no idea that it was something anybody would lust after.

“It hasn’t previously featured in parish council discussions but I’m sure it will now that the Henley Standard has raised it.

“There’s bound to be a whole range of views on the subject.”

Ruth Gibson, secretary of the Henley Archaeological and Historical Group, said: “It’s a difficult subject and I have no overall opinion because I’m in two minds.

“It isn’t good that these artefacts were taken away in the first place but we’ve got half of Egypt because that used to be the done thing.

“It’s like the Elgin marbles — they should never have been removed at the time but it’s a historical fact now.” The monument, which dates from between 4800 BC and 2250 BC, was discovered during levelling of a plot to form a parade ground.

It may have been a burial chamber or a religious shrine.

It consists of a covered passage leading into a circular unroofed chamber with a number of cists, or small coffin-like boxes, each with a capstone, arranged around the edge.

Such circles are prevalent across Jersey and in the 18th century they were believed to have been the home of spirits and fairies.

However, interest in mythology waned and many were broken up to use as building materials.

It’s believed that Conway was reluctant to ferry the stones across the Channel as he would have to fund this.

He was persuaded to do so by writer and politician Horace Walpole, his cousin, who wrote to him, saying: “Pray do not disappoint me, but transport the Cathedral of your island to your domain on our continent.”

There have been several efforts to bring the dolmen back and the issue was discussed in the Commons in 1928.

In the 1973 book Megaliths in History author Glyn Daniel wrote: “It is not a mock megalith or folly; it is a genuine antiquity but has no right to be in southern Britain.”

Templecombe House, a four-bedroom Sixties modernist property with an indoor swimming pool, was put on the market for
£7 million in 2017.

A group of Jersey natives, backed by their government, tried raising enough money to buy it with the aim of moving the stone circle then selling the land on.

They made contact with the vendor but nothing came of it.

The main house, which is
C-shaped with an internal floor space of about 3,000 sq ft, was built in 1965 by an unknown architect said to have been inspired by Frank Lloyd Wright.

It also has a two-bedroom gate lodge, a summerhouse, staff lodgings and a tennis court.

Knight Frank and Savills, both of Henley, which handled the sale, described it as “parkland splendour with unique dwelling and great potential” in a “very special setting” with “complete privacy”.

The land was once part of the adjacent Park Place estate, currently owned by Russian exile Andrey Borodin and is one of several plots which were sold off by the Noble family, who also owned Harpsden Court, in 1947.

A spokesman for the Cordens, who also own properties in London and America, said they knew nothing of the proposal and hadn’t heard from the Jersey authorities so they didn’t wish to comment.