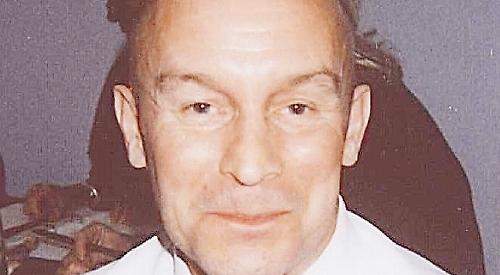 AN industrial cleaning instructor at HMP Huntercombe, near Nuffield, has received an award from the Princess Royal.

Antony Hyde was presented with the commendation at the Butler Trust Awards this week.

The awards, which are now in their 32nd year, honour outstanding work by staff and volunteers working in prisons, probation and youth justice across the UK.

Mr Hyde is a vocational instructor for industrial cleaning at Huntercombe and was commended for his outstanding all-round contribution to prisoner education, training and development.

Only recently the 1,000th learner from his workshop was awarded the British Institute of Cleaning Science qualification, which is recognised nationally.

Mr Hyde said: “I have seen the difference this course makes to the men and their families and I know it changes the way the men see themselves. It changes thought processes towards re-offending. That success cannot be measured or quantified but it is the most satisfying part of what I do. The icing on the cake for me is the men who now run their own businesses and employ ex-offenders. They often write in once released to thank me and to let me know how they are doing with their cleaning.”

The awards ceremony was held at St James’s Palace with the Princess Royal, who is patron of the trust, presiding.

Mr Hyde was nominated by Andrea Knight, Huntercombe’s industries manager, who praised him for creating a learning environment not only for work-related skills and qualifications but a place where personal reflection and self-development is the focus.

She said: “Peer mentoring is at the heart of Tony’s work area, giving men a sense of belonging and responsibility that many have not experienced in the past. He cares about those going through his course, taking an active role in making sure the men push themselves and each other out of their comfort zone to achieve the very best in themselves.”

Butler Trust local champion and deputy governor Martin Hatch said: “What makes Tony special is that he treats each prisoner as an individual and takes the time to make them feel important and valued.

“You can see how the mentors take great pride in their role and take ownership of the group they are teaching. You can see the men growing in confidence through Tony’s guidance and support.

“Tony is respected throughout the establishment by prisoners and colleagues alike, not only for what he achieves but also the manner in which he goes about his duties, inspiring everyone with his enthusiasm and positive approach.”

“He has excellent relationships with all the men in his work party who all have enormous respect for him.

“He has such a positive approach and just gets things done without any fuss or drama.”