Henry’s creator was so inspiring 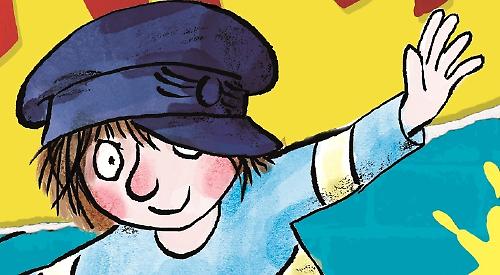 I WAS very lucky to attend this sold-out event open only to schools, held at Christ Church on October 3. Us children, away from school on a grey Thursday morning, excitedly packed out both floors of the church.

She read aloud “Horrid Henry and the Zoom of Doom” when a school trip to a water park goes horribly wrong! My favourite bit was when all the children had to scream and whoop every time Horrid Henry and his friends did as they descended the slides!

I really enjoy writing stories at my school (Ewelme Primary). Francesca Simon told us she gets her ideas from films, books, dreams and real life. She started writing stories when she was eight years old. The most important thing if we wanted to be writers was to always make sure we finished our stories.

Once she had Horrid Henry and Perfect Peter, she then thought about everyday life — losing a tooth, getting nits, going to a jumble sale, and what Horrid Henry would do.

She got the idea for “Horrid Henry Tricks the Tooth Fairy” because her son was born in August and never lost a tooth. Francesca Simon thought what would Horrid Henry do if he wanted to lose a tooth (to get something from the tooth fairy) but couldn’t?

She got the idea for “Horrid Henry and the Zoom of Doom” when she ended up in the wrong queue at a water slide park. Instead of the lovely friendly gentle slide, she ended up in the really scary slide where you end up spinning around until you are dropped in the dark and plunged into the doom. She thought, if I ever survive this, it will make a great story!

Francesca was so kind and answered all our questions. I asked, “Who is your favourite in Horrid Henry?” and she said “That’s a great question and it’s Beefy Burt.”

She laughed. “That’s right, that’s why Beefy Burt is my favourite character, because whatever you ask him, he says ‘I don’t know.’”

It was a fun end to a great talk. I’m sure lots of us children will become writers thanks to Francesca Simon.