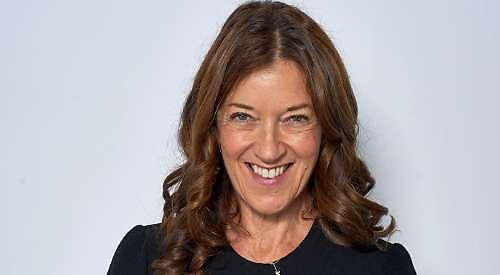 ON a drab, wet day, Victoria Hislop took us all to the sunny Mediterranean as she discussed her love for Greece.

Although she has no Greek blood and did not visit the country until she was 15, she said she felt “an instinctive feeling of home” when she first arrived.

Now she owns a house there, can speak the language and explores its past through her writing.

Her new book, Those Who Are Loved, is not set in the sunshine-fuelled happiness of the Greece we know today, but during the Nazi occupation and subsequent civil war of the Forties and Fifties.

She described the awful past Greece has endured, immersing herself through months of research in the horrors of war.

Alongside pictures of azure seas, she showed us, on a projector, pictures of destroyed Greek villages, smiling German soldiers, a mother cradling the body of her dead son. Her work does not shy away from the truth. Her stories are not a holiday from reality.

But they are beautiful in their tenderness and their honesty. The title of her new book comes from a Greek poem, which was once banned, and suggests that those who are loved can never die.

Hislop talked about the power of these words, explaining her own need to learn the language, believing that “without language you can’t get under the skin”.

This is something she is very good at. All her characters feel real, alive and yet she never uses real life people and avoids personal stories. History is her backdrop but everything else is completely made up.

Her research is extensive to ensure every detail is exact and she spends her days reading and writing in the London Library or in Greece, walking the footsteps of her characters.

Her stories normally begin with a visit to a place — she thinks she must have explored more of Greece than the people who live there. Places are full of memories and untold stories and it is these she seeks out.

She described the streets of Athens, where she has an apartment, and the derelict buildings that she climbs into to explore. “There is beauty in dereliction,” she says, especially amidst the chaos of Athens.

Her love for the country overwhelms the room as she talks, making us all want to go there, to climb through the broken window frames, walk the forgotten paths with her. She tells a captivating story.

Asked if she plans to write any more about Greece, she smiles and hints that she already has another book idea and also tells us that she has been working on a children’s version of her novel The Island for 10- to 12-year olds.

In response to this project, she tells us, her daughter joked that she was going to depress children now as well as adults.

True, her subject matter is difficult, it is painful, but her stories are full of hope. Hislop loves a happy ending. She says you can learn about dark pasts through fiction, but ultimately there is nothing worse than walking away from a book feeling sad, or suffering.

On Wednesday, every one of us, walked back into the rain, inspired, educated and carrying a little bit of Mediterranean sunshine home with them.