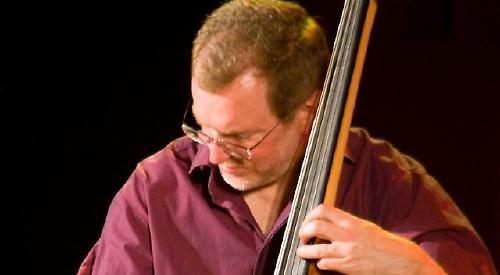 MUSIC fans can get a flavour of next week’s Henley Jazz Workshop when five of the tutors band together to play the Crooked Billet in Stoke Row.

The pub’s chef patron Paul Clerehugh said: “Five of the top musicians on the European jazz scene are coming together to play jazz, swing and Latin. Expect top-drawer music and a good few laughs.

“Andy Crowdy is one of the UK’s top jazz bass players. He has been touring with Joe Brown and continues to work with Moscow Drug Club — you can catch them in the Mirror Tent at the Henley Festival this year.

“He plays for John Etheridge’s Sweet Chorus as well as leading gypsy jazz guitarists such as Angelo DeBarre, Fapy Lafertin and Gary Potter and has toured Europe, Australia and the US with Lillian Boutte.

“David Newton is principal lecturer in jazz piano at Leeds College of Music and has been voted best UK jazz pianist at the British Jazz Awards many times.

“Karen Sharp started her career touring with Humphrey Lyttelton’s band after she graduated from the Royal Northern College of Music. Inspired to play the tenor sax by two giants of improvisation, Dexter Gordon and Sonny Rollins, she has won the tenor saxophone category at the British Jazz Awards on numerous occasions.

“Guitarist Max Brittain has performed at all the major UK concert venues and has toured extensively throughout Europe, Scandinavia, the Middle East, Australia and New Zealand. His jazz career includes work with Humphrey Lyttelton, Terry Lightfoot, Jamie Cullum and Ronnie Scott among others.

“In 1990 he was invited to establish the electric guitar faculty at Eton College and was senior visiting teacher until he retired in 2017 in order to concentrate on performing, composing and arranging jazz.

“Alex Garnett has been one of the leading sax players in the UK and Europe for more than two decades, being instantly recognisable by his dark, husky sound. He has performed with artists including Van Morrison, Evan Panker and the Rolling Stones.”

For more information on the Henley Jazz Workshop, visit www.henleyjazzworkshop.co.uk