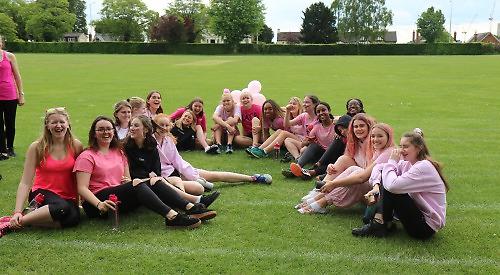 HUNDREDS of students and staff at Queen Anne’s School in Caversham took part in a run around the school field to raise money for a cancer charity.

The runners wore pink as they took on the Race for Life Schools challenge in the grounds of the school off Henley Road.

Many of the girls completed the laps so quickly that they decided to go around again.