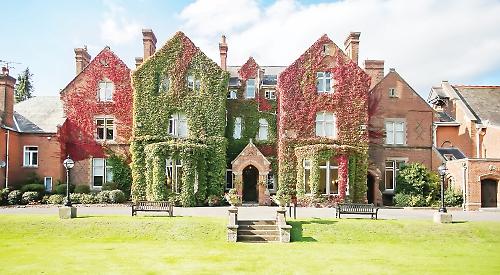 PLANS to provide additional sports facilities at Queen Anne’s School are set to be approved despite opposition from residents.

The independent girls’ school in Caversham wants to build an artificial pitch, sprint track and long jump pit with floodlights.

There would also be a pavilion, changing rooms and an indoor tennis building.

Reading Borough Council’s planning committee was being recommended to approve the plans at a virtual meeting on Wednesday.

Many neighbours have written to the council to voice their concerns.

Janet Hall, who has lived directly opposite the school in Henley Road for more than 60 years, said: “Our bedrooms are directly opposite where the school plans to place 8x15m high floodlight columns, far taller than the average street light. The light will be intrusive and impossible to block out.

“The proposed indoor tennis buildings are unsightly and not in keeping with the surrounding area. Henley Road is already an extremely busy road and I have witnessed numerous accidents on the junction of Donegal Close due to cars parked illegally.

“This application will mean many more people coming into the area using surrounding roads as an overflow car park, endangering residents.”

Floodlit facilities would be used by the school until 6pm and until 9pm by the community on weekdays but not at weekends.

The development would mean the loss of some trees.

Following complaints, the school made a number of changes to the application. The tennis courts will only be used by pupils, with no weekend use of the floodlights. The floodlighting has been redesigned to reduce light spillage and a new car parking area that was planned has been scrapped.

The school is working with Boddingtons Planning, a Watlington consultancy firm, which has tried to reassure residents who are worried about noise and light pollution.

The company says: “The perception of neighbours is worse than reality.

“The school is always keen to be good neighbours and any activity held by the school will be supervised by the staff.”