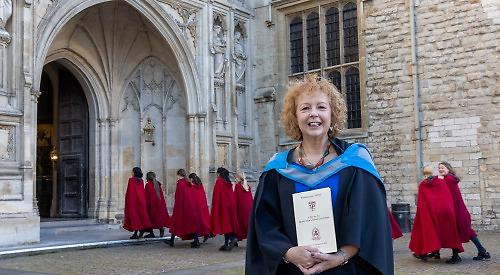 Pupils and staff from Queen Anne’s School in Caversham attended a service of thanksgiving at Westminster Abbey. The biennial service was conducted by Rev Anthony Ball, Canon of Westminster. The music and hymns reflected the themes of remembering, thanksgiving and hope. The school’s Consort Choir and School Voices, led by director of music John Padley, were joined by several guest alumni singers. Pupils and staff thanked headteacher Julia Harrington for her 15 years at the independent girls’ school. She will leave in January and will be succeeded by Elaine Purves, who is currently headteacher of St John’s International School in Brussels. Ms Harrington said: “I could not have asked for a more poignant and wonderful service. It was an exceptional day. My thanks go to all who made it so.” Deputy head Mark Richards said: “It was a bittersweet and emotional moment to see the old girls return to sit alongside current pupils for this wonderful tradition.” On the journey back to the school, the pupils were offered gingerbread, a tradition that stretches back as far as 1698.