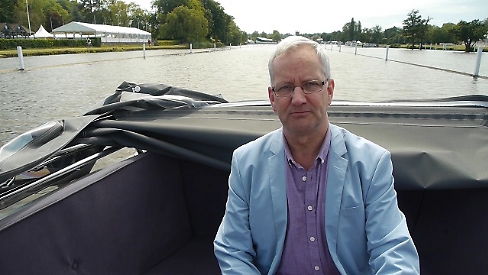 IN 1996, while working as a GP in Devon, Robert Treharne Jones launched a clinical software company with two friends, Mark Sullivan and David Barrett.

Sullivan Cuff Software, as it was then known, became the market leader for anticoagulation decision-support software. Now it is used in more than 2,700 practices, hospitals and clinics in the UK alone.

The trio sold the business in 2016 to LumiraDx, an American firm, but he retained his position for the UK subdivision in the new firm.

As the company took off, Dr Treharne Jones decided to leave his medical practice in 2002 after 17 years.

He says: “It wasn’t as much fun as when I first started. Then it was like running a small business where you could make decisions to impact what you did to benefit your patients and suit the community you worked in, such as the software I introduced. But it became more top-down management and it didn’t matter what was happening locally. Ever since then I have split my life between rowing and IT.”

In his new role in sales, he found living in Torquay was a “disadvantage” and wanted to move somwhere more central, so when he was also made press officer at Leander Club in Henley it made sense to move to the area, which he did in 2006.

He says: “It is not far from London and is a central point to talk to healthcare communities about the software. For the first two years of my career at Leander I was based in Devon and I got quite used to a day trip to Henley. It would take me two hours and 40 minutes to get here.”

When the company was sold, the trio concentrated on how the different software applications they had created could work together.

Dr Treharne Jones says: “Now that we are part of a much bigger organisation, the synergies between the different parts of the company are becoming apparent. We have developed a diagnostic blood testing platform where a drop of blood can be tested and a result given within a 10-minute consultation.

“This reduces the need to go to a nurse and make another appointment to see a clinician.

“We are developing a portfolio of various tests to be performed. We can only do about half a dozen tests at the moment but we will grow and grow as the potential is huge.”