Regatta still on but not quite as normal 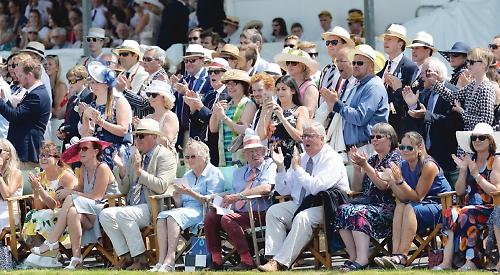 CONSTRUCTION of the Henley Royal Regatta course began this week.

The piling barge has been moved on to the Henley Reach of the River Thames to start installing the booms.

Sir Steve Redgrave, who chairs the regatta’s committee of management, said the cancellation of last year’s event due to coronavirus pandemic had made him determined to stage it this year.

The regatta is scheduled to take place over five days, rather than the six originally planned, from Wednesday to Sunday, August 11 to 15.

Sir Steve said that while the lockdown restrictions
continued to be eased, he anticipated fewer spectators being allowed to attend, even if all social distancing was scrapped on June 21 as the Government has planned.

He said: “The cancellation of last year’s regatta and the impact of covid-19 on our sport have made us absolutely determined to put on the best regatta possible this summer, while at the same time making sure that we do so safely for all those involved.

“We anticipate that the number of members and their guests permitted to attend will most likely be restricted, based on an expectation that some form of social distancing as well as other protocols will continue to be in force for large events after June 21.”

Sir Steve said it was “inevitable” that the look and feel of the regatta would be different. Electronic ticketing, with daily check-in for all attendees, will be introduced and infrastructure within the stewards’ enclosure will be limited.

Due to the limited time available, there will be “simplified” catering options and no Fawley grandstand. The area occupied by the regatta enclosure will be re-allocated to the stewards’ enclosure to allow for social distancing.

The boating area is likely to be moved to the Buckinghamshire bank.

Sir Steve said: “Accommodating boat trailers and competitors’ cars on the Buckinghamshire bank means that more parking will be available on the Berkshire bank, something that the authorities view as key to enabling a reduction of pressure on public transport.”

Other options were considered for this year’s regatta, including moving it to Dorney Lake, where the 2012 Olympic regatta was held, and members were asked their opinions.

The new dates clash with the junior world rowing championships, which are set to take place in Bulgaria from August 11 to 15, meaning some athletes will be unable to compete at Henley.

Sir Steve said that while he regretted the challenge to some school and university boat clubs, it was the only practical option to accommodate a deferred regatta.