Regatta chief to step down 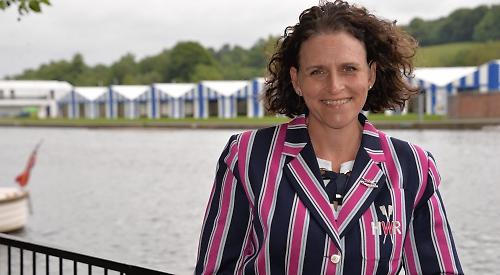 THE chairwoman of Henley Women’s Regatta is stepping down after nine years in post.

Miriam Luke, who took charge in 2012, will hand over to Paralympic gold medallist Naomi Riches after overseeing her final regatta last weekend.

She said she was proud of how the event had grown but felt it was time for someone younger to take over.

She approached Riches, who lives in Marlow and rows for the town’s club, before Christmas and invited her to attend committee meetings to learn how the regatta is organised.

The pair worked together on this year’s regatta and Mrs Luke will stay on to offer advice next year.

Mr Luke, 56, who has lived in Henley with her husband David and their two daughters since 1998, said: “Nine years is a long time to be the chair and I wanted it to go to somebody who’s very much in touch with the sport, lives and rows locally and has the prestige and connections to take the event forward.

“I was very impressed that, after seeing how everything works, Naomi wasn’t daunted or put off. I have great confidence in her and, as a Paralympian, I think she will bring a different perspective to the sport.”

Since Mrs Luke took over, the women’s regatta has introduced video streaming of all its races. It has also grown its number of entries and made a number of improvements to its spectator area.

This year’s 33rd regatta was organised in line with government coronavirus restrictions after last year’s event was cancelled due to the pandemic.

Mrs Luke, who is also a steward of Henley Royal Regatta, said: “We usually stage our racing two weeks before the royal regatta so most of the infrastructure is in place but that wasn’t the case this time and we had to reply on the clubs for help.”

Riches, 38, who is registered blind, won gold in the mixed coxed four at the London Paralympics in 2012.