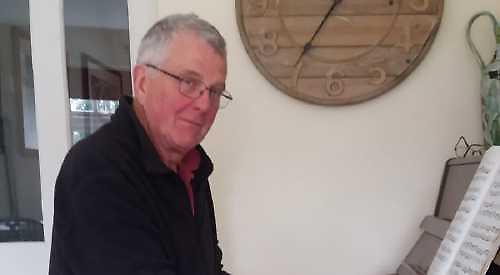 A PARISH councillor has resigned as a result of the decision to approve a “retirement” village of up to 133 flats in Sonning Common.

Tom Fort, who has been a councillor for 12 years, said he was “devastated” by the result of the appeal by Inspired Villages for the “assisted living” complex on a field off Blounts Court Road.

South Oxfordshire District Council, the planning authority, had turned down the application, saying it was a major development in the Chilterns Area of Outstanding Natural Beauty.

But planning inspector Harold Stephens, who oversaw a 10-day inquiry in April and May, concluded the development was necessary because of a large shortfall of assisted living places in the district.

The parish council spent more than £20,000 hiring a planning consultant and barrister to fight the appeal.

Mr Fort said the decision was “disastrous” and meant the village’s neighbourhood plan had “amounted to absolutely nothing”.

The author and former BBC journalist spoke out against the appeal at the enquiry and said the development would make the original plan “superfluous” after it was approved in a referendum in 2016.

Mr Fort told a meeting of the full council on Monday that he doesn’t “regret” fighting the appeal but felt “a sense of responsibility” for the outcome.

He said: “I was thinking of packing it in over the course of the next few months at the same time the new neighbourhood development plan was submitted.

“However, the decision in the recent planning enquiry made me so angry and upset and devastated by the conclusions of Mr Stephens’ deliberations it just brought everything to a head.

“I never thought we did the wrong thing, we did absolutely the right thing and stood up for the village, but we lost.

“I don’t feel any sense of regret over what happened but I do feel a sense of responsibility over the event. At the end we have nothing to show for all that so that is what has brought me to this.

“It’s been a real pleasure to work with all of you and I will only remember fond memories of my time on the council. We’ve on the whole done a terrific job, I just wish Mr Stephens hadn’t been appointed to hear that enquiry.”

The parish council is now pushing the planning authority for a judicial review which, if accepted, means the appeal will be reviewed in court by a judge.