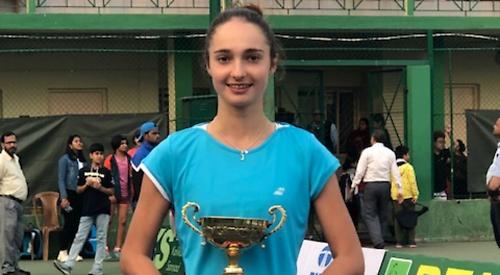 A TEENAGER from Shepherds Green has triumphed in an international tennis tournament in India just months after returning from injury.

The injury was heartbreaking for Conway who had been selected to compete in the Youth Olympics in Baku but was unable to participate.

After six months of rehabilitation, Conway successfully made a return to competing in November where won the British Tour Loughborough (open women’s level) and then went on to compete in three weeks of international tournaments in India.

In Kolkata Conway won her singles Itf world ranking junior competition and is now ranked 114 in the world. Conway is hopeful of progressing on to participate in this year’s junior Wimbledon competition.