MasterChef co-presenter is toughing out a theatre tour 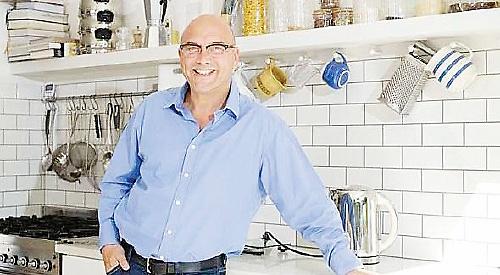 HE has previously described himself as “just the fat, bald bloke on MasterChef who likes pudding” and, more recently, as “a spoon for hire”. But he’s doing himself a disservice.

Since discovering the joys of the gym earlier this year, it’s a somewhat slimmed-down Gregg Wallace who is embarking on an autumn tour of UK theatres that will take him to Norden Farm Centre for the Arts in Maidenhead on Saturday, September 22.

His first ever solo theatre show, “Doesn’t Get Tougher Than This” is named after Wallace’s catchphrase on the enduringly popular BBC One cooking competition.

After just a few warm-up gigs, the 53-year-old presenter has already taken to live performance like a duck à l’orange to water.

After getting a very positive reaction to the after-dinner speaking that he was doing at charity functions, Wallace found himself wondering if he had a live show in him. So he took some ideas to a promoter who immediately told him: “Mate, that’s a show.”

Wallace, a former greengrocer who began his career selling vegetables at a stand in Covent Garden, takes up the story.

“I did four trial dates. Sometimes I played in front of only 40 people but I absolutely loved it. My agent sat at the back and at the end said to me, ‘You’re obviously having a whale of a time!’”

The presenter, who also fronts Celebrity MasterChef, MasterChef: The Professionals, Inside the Factory and Eat Well For Less, says he simply can’t wait to hit the road this autumn.

A passionate rugby fan who has gained two coaching badges in the game, he adds: “I have played rugby very badly all my life, but I’ve never played in front of more than a couple of grandads and an alsatian. However, when I came on stage during the warm-up gigs and said, ‘I don’t know if you should be honoured or dismayed to be here’, the audience cheered.

“When that happened I thought ‘This must be what it’s like to be a rugby international.’ I got an enormous buzz and I don’t think I landed for the next 24 hours. At that moment, if I could have gone out into the auditorium and cuddled every single member of the audience, I would have done!”

What else does he enjoy about live performance compared with being in the TV studio?

“You instantly know whether people think you’re funny or not — the reaction when they laugh is huge. I didn’t expect that sort of thrill. I much prefer the sound of laughter to silence. Even if you make a point on stage that’s clever, what does clever sound like? I know what funny sounds like, but I couldn’t tell the difference between clever and really bored!”

That buzz is a gift that keeps on giving, adds Wallace. “You don’t want to go to bed after the show. It’s no good driving home. You want to go to the bar to keep the excitement going. I’ve got to be careful — I don’t want to drink myself into an early grave during the tour!”

Performing live looks set to play to another of Wallace’s strengths — that he’s nothing if not a genuine people person. “In a lot of my roles on TV — MasterChef, Eat Well For Less and Inside the Factory — the subject matter is people. That’s what they use me for — to chat to people. I think that will be my strength on stage.”

Wallace, who lives on the Kent coast with his wife Anne-Marie, proceeds to give an example.

“People feel they can talk to me. They don’t feel threatened by me. If a contributor is nervous before filming on Inside the Factory, 10 minutes before the cameras roll, the producers say to me, ‘Go and talk to him, Gregg’. So I go over and ask the contributor, ‘After 20 years working in TV, do you want the benefit of my advice? Don’t mess it up!’ People always laugh at that and start chatting to me. They are immediately relaxed.”

Wallace, who published his autobiography Life on a Plate in 2012, will be covering the waterfront in his new show. As well as “love, marriage, hair loss and weight loss,” he will be discussing his background.

He will be outlining how he rose from being a Peckham-born greengrocer to one of Britain’s leading TV presenters and how he copes with fame, while furnishing lots of behind-the-scenes anecdotes about MasterChef and looking in detail at what we eat and drink — including via some audience fun and games.

The show will also feature a Q&A section in which Wallace will be answering such frequently asked questions as: are John Torode and he really mates? Is Torode really Australian or was he in fact born and bred in Dublin? Is Wallace going to remain married this time? Is he really bald? Is the food on MasterChef cold? Is the competition fair on the contestant who goes last because the judges won’t be hungry by that point? Does he want to spit the food out? Are the families on Eat Well For Less real?

So what does Wallace hope audiences will take away from Doesn’t Get Tougher Than This?

“I’d like them to look at food slightly differently and start to read the labels. Don’t take advertisers’ word for things. But above all, I hope they come out of the theatre giggling. I hope they have had fun and a really good laugh.”

Gregg Wallace plays the Courtyard Theatre at Norden Farm on Saturday, September 22. Tickets are £20 and the show is suitable for aged 14 and up. To book, call 01628 788997 or visit www.nordenfarm.org