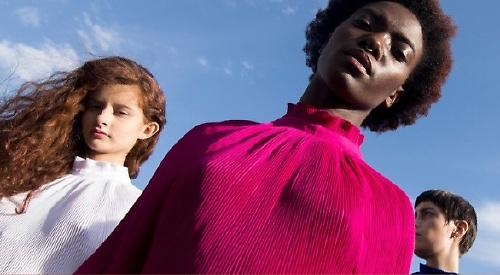 The classic tale of Antigone has been reinterpreted in many ways over time; Charmaine K Parkin’s adaptation is fresh and clever, foregrounding the eternal suffering of women and examining the barriers they face when voicing an opinion or belief.

Antigone (Amelia Gardham) wishes to do the proper thing by her brother, Polynices, slain in the war, having fought on the “wrong” side.

New leader Creon (Ed Bailey) has decreed that Polynices’s body should be denied burial. At the same time, Antigone’s other brother Eteocles, who fought on the “right” side, has been declared a hero.

The key question is how much an individual — especially a woman — can challenge the powers that be.

Gardham and Reynolds movingly convey an authentic sisterly relationship, even though the women see things differently.

Bailey is commanding but also unsettling as a self-conscious politician keen to be seen to be doing the right thing in the “new normal” following the war.

For her part, Antigone will not be diverted from a family duty she considers important.

Enter the adaptable Reynolds in a great comic turn as the guard reporting the burial.

In a battle of wills between Creon and his disobedient niece Antigone, the “unafraid and unashamed” young woman refuses to back down, instead handing responsibility back to Creon, who can change the course of events by rescinding his edict.

Ismene stands by her sister and Antigone appeals directly to the audience for feedback on who is right in this moral stand-off.

When Antigone is condemned to incarceration and certain death, Gardham magnificently shows us the young woman’s unflinching commitment to her cause.

We are reminded of other female martyrs across the centuries, from Joan of Arc to contemporary journalists and activists trying to be heard. A wise intervention by soothsayer Teiresia (Gardham) shakes Creon’s confidence, but he sees sense too late to avert disaster.

A rich, lively, lyrical script is enhanced by stylised movement and mime to bring the story to life.

All three players, masked up, form the chorus we expect to see in Greek drama — but it’s a chorus with a difference, because they make us laugh.

Past meets present meets future as the chorus takes us on a whistle-stop and very funny mime showing the evolution of human society.

Antigone is going on tour across the south of England over the next two months.

If you manage to catch a performance, prepare to be amazed.