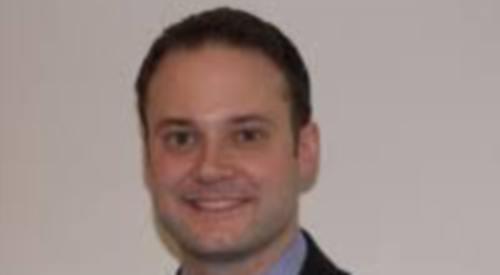 WHILE campaigning to be Britain’s new Prime Minister, Henley’s former MP Boris Johnson announced that he is considering an overhaul of the existing Stamp Duty Land Tax (SDLT) system.

Following Mr Johnson’s victory in the Conservative leadership contest, announced on Tuesday, the move could be part of an emergency budget introduced in September, if the possibility of the UK leaving the EU without a deal seems likely.

The measures proposed by Johnson, designed to stimulate the housing market, would include the abolition of stamp duty on homes that sell for less than £500,000 and the levy on properties selling for over £1.5 million would go down.

Henley’s estate agents have responded positively to the proposals.

James Donigan, director at Penny & Sinclair, said: “We would welcome an overhaul of stamp duty, which at the top end, and most particularly in London, has gone too far in taking the heat out of the market.

“This has affected sellers locally to a large degree, with over 30 per cent of our buyers moving from the capital to Henley and the surrounds.

“Abolishing stamp duty up to £500,000 would stimulate the first-time buyer market and in my view the combined effect would be greater activity and ultimately an increase in values — sellers will want a share of the saving, having seen two years of little or no increase in property prices.”

“If there is any real hope of this, it is fantastic news,” he said. “The transactional cost of SDLT for many buyers across the market has been stifling — it is a tax on mobility and has held back so much activity since the latest penal levels were introduced in 2014.

“Our industry and our clients and buyers would embrace any change — it needs to be significant to make a real difference.”

Ballards sales director James Kilkenny said: “When I started in the estate agency world some 23 years ago, stamp duty was set at £60,000 — this meant that most of the terraced properties I sold didn’t have to pay stamp duty. Over the years, as house prices have risen, all governments — both Labour and Conservative — have made small gesture adjustments but this hasn’t made any difference to a person buying a property in Henley.

“If Boris Johnson scraps stamp duty on properties worth less than £500,000, this would have a positive impact and help stimulate the current market. Currently, only properties priced under £125,000 are immune from stamp duty.

“This would mean the new threshold would see some two-bedroom terraced houses and apartments in Henley being immune.

“Boris Johnson also aims to stimulate the more expensive sections of the property market by reversing George Osborne’s duty increases on homes valued over £1.5 million by reducing the 12 per cent duty to seven per cent.

“With many of the properties we sell being at this level, this would be good for the Henley property market”.

If Boris Johnson’s proposals had been in place in 2018 to 2019, according to recent research by Savills, 69 percent of purchases in South Oxfordshire would not have paid the regular rate of stamp duty.

Stephen Christie-Miller, head of residential at Savills Henley, said: “There are a number of indicators for sellers to be more optimistic. But we face heightened uncertainty over what a new Prime Minister will mean for Brexit, the economy and, critically, tax policy, which suggests the prime markets will remain price sensitive across the remainder of 2019.

“We have already seen stamp duty reform raised by Boris Johnson and his supporters. While it remains to be seen whether a compelling case can be made for cuts at the top end of the market from a tax revenue perspective, such a move now seems more likely than it did under the previous administration.

“Sellers who hold out for a stamp duty cut to oil the market will need to weigh this against the risk of further disruption to the market that could result from a no-deal Brexit or the possibility of a higher tax environment in the event of a change of government.”

Philip Booth, director at Philip Booth Esq, said: “I think that changes to SDLT in recent years have caused the housing market to slow down, more than the concern over Brexit.

“The number of buy-to-let investors buying properties at the lower end of the market has reduced — for example, an investor buying a property at £350,000 will have to pay £18,000 in SDLT, whereas a first-time buyer will pay just £2,500 in tax.

“I think buyers of family homes are being far more discerning these days and the need to future-proof, to prevent moving again in a short time, is also having an effect.

“Properties in the region of £1,500,000 that are in need of refurbishment appear to be less desirable than new or refurbished homes, as a large portion of the buyer’s cash will have to go towards paying the £93,750 SDLT bill — this doesn't leave much change left over for a new kitchen and bathrooms.”