Staff visit boss's old haunts and raise £2,800 for Sue Ryder in his memory 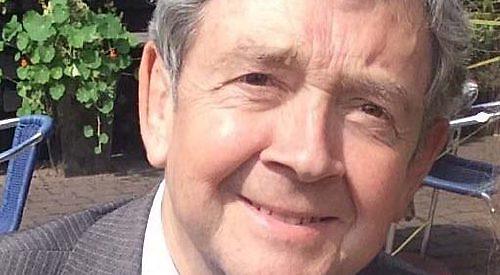 STAFF at a Henley business raised more than £2,800 for Sue Ryder with a 10km sponsored walk in memory of the owner.

Steve Edwards, who ran the business in Newtown Road, passed away at the charity’s Nettlebed hospice in December.

The walkers went from the Unicorn pub in Kingwood to the Row Barge in West Street, Henley, via Henley Golf Club. These were three of Mr Edwards’s favourite places.

Before setting off, they were served coffee and biscuits by Niki Clark, landlady of the Unicorn.

They stopped off at the golf club in Harpsden to collect donations in buckets emblazoned with a picture of Mr Edwards.

After the walk, they had lunch at the Row Barge before attending the Henley Hawks match against Cinderford at Dry Leas, where they collected money from spectators. Organiser Helen Pattison said: “We did it for Steve and we were very lucky with the weather. He must have been looking down making sure it didn’t rain on us!

“Thanks to the rugby club for letting us go and shake our buckets. Steve was always a big fan of the Hawks.”

Fellow walker Marion McAdam added: “We embarked upon this fund-raising day to thank the staff of Sue Ryder for looking after Steve and his family in the most kind and gentlest of ways. Thanks to everyone who donated for their very generous support.”