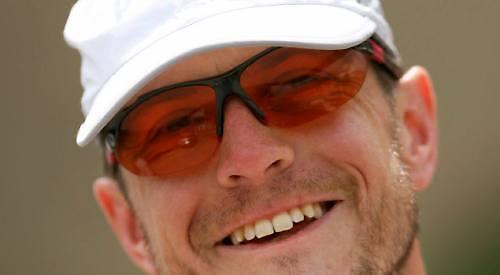 A MAN who campaigned and raised funds to find a cure for Parkinson’s disease has died.

Alex Flynn, who was 49, passed away in Nepal, where he was seeking to become the first person with Parkinson’s disease to climb Mount Everest.

It was the latest in a series of gruelling fundraising challenges that he had completed to show that the disease didn’t need to dominate his life.

Mr Flynn lived in Wantage but had previously lived in Goring and Henley.

In a statement, his family said: “With broken hearts, we must announce the passing of a great man.

“He went out exactly how he would have wanted to, off the high of having completed another adventure on top of the world, about to step into a helicopter ready to take on the next challenge.

“If you would like to raise a glass, it’s a whisky.”

After being diagnosed with Parkinson’s in 2008 at the age of 36, Mr Flynn set out to run, walk or crawl 10 million metres to raise money for Parkinson’s research.

He reached his goal in January 2014 at the Standard Chartered Dubai Marathon.

However, he continued his challenges with the new aim of raising more than
£1 million.

He took part in the Ridgeway Challenge, the Thames Trot 50 and half marathons in Henley, Reading and London.

In 2012 he took part in the Trans-America Challenge that involved cycling, climbing, kayaking and running 3,256 miles across the US.

He also ran 160 miles in 52 hours across the Bavarian Alps and took part in the Trans Europe Challenge, which took him 1,457 miles from London to Rome via Paris and Brussels.

In May last year, during the coronavirus lockdown, he climbed the stairs at his home in order to complete more than twice the height of Mount Everest in seven days.

Mr Flynn was also a writer and public speaker.

His family have asked for donations to be made to Parkinsons.me, a charity in Wantage which provides support and advice to families affected by the disease.

They added: “We will be pushing forwards with the mission he started in raising awareness of the disease and the search for a cure.”