£10,000 raised by party in memory of rugby veteran 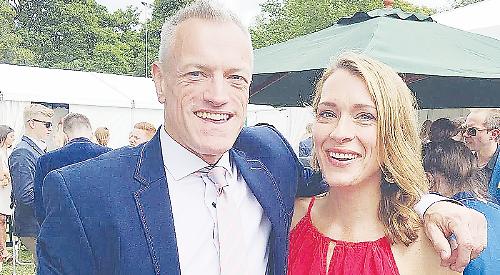 A BOAT party in memory of a Henley Rugby Club player who died on the pitch raised about £10,000 for charity.

The club’s veterans’ side the Henley Vultures organised the celebration on The New Orleans on Friday night to honour fly-half Simon Priestley, who collapsed while playing for the Henley Bears against High Wycombe at Dry Leas in January.

Mr Priestley, who worked as a transition director, lived in Chilterns End Close with his American wife Julie and their two children, Amelia, 11, and Jonty, nine. He had lived in the town for 18 years and had been a member of the rugby club for all but one of those.

About 90 people attended the party and all the money raised will go to charities chosen by Mrs Priestley, including about £7,500 to the Chiltern Centre for disabled children in Henley.

The food was supplied by Absolute Delight Catering and there was a raffle and a DJ on the top deck of the boat, which was donated for the evening by Hobbs of Henley.

Several people donated towards the drinks, including the Loddon Brewery. Rob Heginbotham, who manages the Vultures, said: “The players wanted to raise money in memory of our team-mate Simon.”

The club is also organising a veterans 10s tournament in Mr Priestley’s memory, which will be held at Dry Leas at the end of the season.

Mr Heginbotham, from Sonning Common, said: “Simon played quite a lot of 10-a-side rugby with us and it’s a very good format for a veterans tournament.”