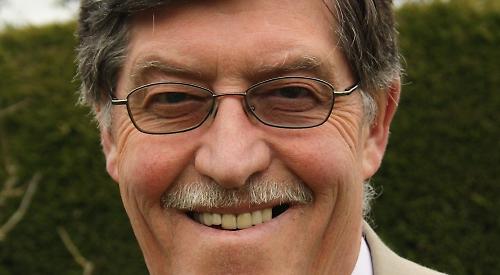 A FORMER Henley mayor has pledged to “work his socks off” if he is elected to represent the town on Oxfordshire County Council.

Town and district councillor Stefan Gawrysiak, who was mayor in 2013/14, will be representing Henley Residents’ Group in the council elections on May 4.

Councillor Gawrysiak says the election is the most important in at least a decade because the county and district councils could soon be abolished to make way for a single unitary authority.

He said: “The danger is that the county council could become even more remote. If it becomes responsible for every facet of local government then it would be a disaster for the town.

“At county and district level, our local Conservative councillors have never voted against their party line, not once. As Henley’s HRG county councillor, I would be free of national parties and politics.

“Henley is a fantastic place to work and live but I am fed up with nothing being done at county level. I have a proven track record of getting things done — I say it, I mean it and I will do it. This is what ‘think local, vote local’ means.”

Cllr Gawrysiak, who lives in Elizabeth Road with his partner Catherine Allen-Notaras, taught at Gillotts School in Henley for more than 30 years before retiring as assistant headteacher in 2012. He said he would support the school’s long-running campaign to upgrade its buildings, some of which date back to the Sixties and are becoming increasingly dilapidated.

He is president of Henley Bridge Rotary Club, which organises the Henley half marathon, a governor of Badgemore Primary School and is also involved with the Henley Show and the annual Music on the Meadows festival.

Cllr Gawrysiak said: “Residents of Henley have felt for a long time that Oxfordshire County Council is remote, unresponsive and inept at dealing with Henley’s problems. Over the past eight years, we’ve had nothing from the council — no action on pedestrian crossings, air quality or HGV through-traffic, funding removed from buses and children’s centres, potholes including some that had to be fixed twice, no beds at Townlands Hospital and poor levels of social care.

“During the past four years, Henley’s county councillor David Nimmo Smith has received £100,000 in allowances — that’s £25,000 per year. Councillors’ allowances were increased by 25 per cent, cynically one year after the last election. These increases were not in the Conservative manifesto.

“Has Henley received value for money? Do we want four more years of doing nothing? No.”

Councillor Nimmo Smith, also a former Henley mayor and a town and district councillor, said the beds at Townlands Hospital weren’t the county council’s responsibility and it had secured eight beds for NHS patients at the neighbouring Chilterns Court care centre.

He added: “The other matters Cllr Gawrysiak raises aren’t things that can be tackled overnight but he knows full well that a lot of work is in progress. He speaks of being independent but you get things done by working as part of a group.

“Councillors’ remunerations are decided independently by assessors and had not been increased for several years. I receive an allowance both as Henley’s county councillor and a member of the cabinet, which is a full-time job in itself.

“Cllr Gawrysiak previously opposed an increase in district councillors’ allowances but still claimed all of his.”