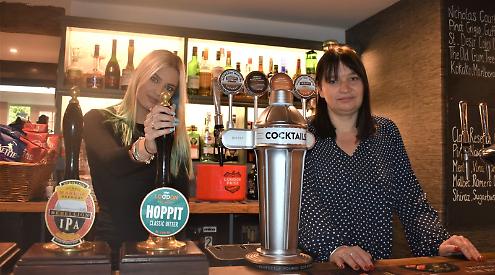 A TEENAGER has finally passed her driving test after it was cancelled 11 times.

Poppy Evans, 19, passed first time — 19 months after she had first booked it.

The test had been put off time and again due to the coronavirus pandemic and driving examiners falling ill and often had to wait weeks for a new slot.

After struggling to get a test at any of the centres close to her home near Watlington, she even travelled to Winchester but that test was cancelled minutes after she arrived to take it.

Miss Evans, who owns a blue VW Golf, was finally able to secure a slot at the test centre in Newbury at 8am on April 25 and was successful.

She said: “I was cautiously confident as I knew I could do it but was also really nervous given how many tests had been cancelled.

“My provisional licence was due to run out in September, so it was ‘now or never’.

“My test lasted 40 minutes but it felt like I was only driving for around 20 minutes. The traffic was so bad, we were basically stationary for half of it. I thought it went well. I stalled once because I was nervous. There was also one point where another car came around a corner too fast but that wasn’t my fault, so I wasn’t penalised.

“When I pulled back into the driving centre, I was still confident. I had to think positive. My examiner told me I had passed and I almost burst out crying. It was an emotional moment after so many cancelled tests. I am over the moon.”

Miss Evans, who has been helping her mother Lou Jackson, who runs the Highwayman pub in Exlade Street, near Checkendon, says being able to drive on her own has given her much more freedom.

She said: “I can now get to work easily, whereas before it was a real struggle. It also means I can leave whenever I want as before I would have to hang around for lifts.

“It allows me to look for jobs as well as I can drive to interviews. I couldn’t get anywhere without a lift before but now the world is my oyster.

“The only bad thing is the fuel prices. Apart from that, I am so happy to finally be driving.

“I’m still a little frustrated with how long it took. While I understand it was difficult with the covid backlog, it was really miserable not to be able to sit a test for so long.

“There are more and more kids turning 17 every day and I would hate for any of them to be put in the same situation I was.”

The Driving and Vehicle Standards Agency has previously apologised for the delays,

Chief executive Loveday Ryder said: “The pandemic has led to a high demand for driving tests and we are doing all we can to provide more tests so we can get our services back to normal as soon as possible.

“Candidates who unfortunately have had their tests cancelled are offered the first available test in their area.

“We are sorry for the inconvenience caused as a result of the current high demand for tests.”