Library’s most borrowed books are an eye-opener 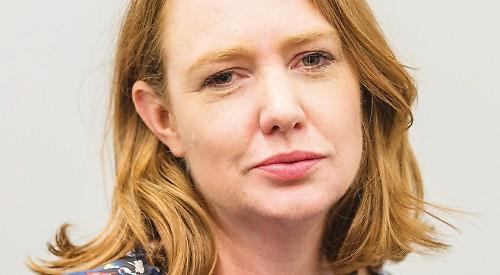 THE most popular books with borrowers at Henley Library have this week been revealed — shedding an intriguing light on the town’s reading habits.

The Girl on the Train author Paula Hawkins sits at the top of the tree for 2017 — the latest year for which figures for the “adult fiction” category are publicly available.

Hawkins’s debut novel, the 2015 psychological thriller was turned into a film the following year starring Emily Blunt and is still proving a hit with Henley readers.

The town’s second most popular author is Rose Tremain, whose most recent offering, 2016’s The Gustav Sonata, occupies the number two slot.

Hailed as “a perfect novel” by the Observer, the book won the South Bank Sky Arts Award, with Ian McEwan calling it “beautifully rendered and magnificent in its scope”, adding: “It glows with mastery.”

Henley Library’s top 10 is evenly divided between male and female authors, with the American thriller writer Harlan Coben the first man on the list at number three.

His 2016 novel Home is not his most recent work but it is the latest in his hugely popular Myron Bolitar series of thrillers.

The actor Michael J Fox hailed the book as “another instant Coben Bolitar classic” while the Times acclaimed Coben as “the most reliable of American thriller writers — the least likely to disappoint”, adding: “The true mystery is Coben’s extraordinary capacity to keep writing such wonderful thrillers.”

The full top 10 is published on the right, with Henley Literary Festival regular Robert Harris the closest thing to a local author at number five on the list.

The former political editor of the Observer, Harris lives in Kintbury, Berkshire. His first book, 1982’s A Higher Form of Killing: The Secret History of Gas and Germ Warfare, was co-authored with Stonor resident Jeremy Paxman, but he has since made his name as a thriller writer and the author of a series of novels set in the Roman world.

Published in 2015, Dictator concluded the widely acclaimed trilogy of Cicero novels that began with 2006’s Imperium and continued with 2009’s Lustrum.

The publication of Henley Library’s most-borrowed chart comes in response to a report analysing 25 years of lending data from the Public Lending Right (PLR) programme.

Funded by the price comparison website Go Compare, this aims to uncover which authors, titles and genres have shaped the nation’s reading habits.

In the South East, for example, the years 1993 to 1999 saw the late Catherine Cookson reign supreme as the most borrowed author, with romance the most popular category.

The new millennium coincided with the rise of Harry Potter author JK Rowling, whose titles were the most borrowed from 2000 to 2004.

Then in 2005, the American thriller writer Dan Brown hit the top spot after scoring a huge international bestseller with 2003’s The Da Vinci Code.

This coincided with a shift in public tastes that saw the mystery, crime and thrillers category begin a gradual rise in popularity — to the point where at the time of writing seven of the UK’s 10 most borrowed books are in this genre.

In the South East last year, the 10 most-borrowed adult fiction titles were as follows:

1. After You by Jojo Moyes

2. Fool Me Once by Harlen Coben

3. Even Dogs in the Wild by Ian Rankin

4. The Girl on the Train by Paula Hawkins

5. The Guilty by David Baldacci

6. Where My Heart Used to Beat by Sebastian Faulks

9. A Few of the Girls by Maeve Binchy

Closer to home, the equivalent top 10 for Oxfordshire was:

3. The Gustav Sonata by Rose Tremain

7. City of Friends by Joanna Trollope

8. This Was a Man by Jeffrey Archer

9. I Let You Go by Clare Mackintosh

10. Even Dogs in the Wild by Ian Rankin

Sadly, the backdrop to the above research is a slew of library closures over the past decade.

In 2016 a BBC investigation found that almost 8,000 jobs had disappeared from UK libraries in the space of six years, representing around 25 per cent of the total.

During the same period, the BBC found that 343 libraries had closed their doors altogether.

Laura Swaffield, a library activist and the chair of the Library Campaign, said: “Libraries are — still — very popular. There are about 280 million library visits per year, 23.5 million per month, and 5.432 million per week — that’s 8.9 per second. This compares to 165.5 million cinema visits per annum, 13.9 million Premier League football tickets sold per season, and 5.2 million church visits a year.

“Libraries have adapted with time. The free PCs in libraries are an absolute lifeline to the many who can’t afford information technology or figure out how to use it without help — over 15 million people UK-wide. Benefits claimants are top of the list — forced to do all their paperwork and job searches online whether they can afford IT or not.

“Libraries are more vital than ever in the digital age. But the overwhelming reason people use libraries is still to borrow books. And by the way, loans of e-books and e-magazines are rocketing!

“When you look at the most borrowed titles, it’s obvious what sheer pleasure is on offer. Getting lost in a thumping good story is more than ever the most accessible and enjoyable way to relax.”

2. The Gustav Sonata by Rose Tremain

6. Summer on the River by Marcia Willett

7. Death is Now My Neighbour by Colin Dexter

8. An Event in Autumn by
Henning Mankell

9. Cast Iron by Peter May

10. The Men and the Girls by Joanna Trollope